RUMOR: Infamous Could See A Return At Upcoming Playstation Show 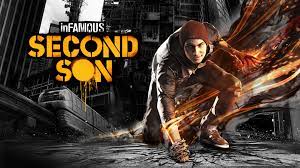 The Infamous series was a brand new IP introduced by Sucker Punch during the PS3. The series saw 2 entries and the second game and the fame would continue into Infamous: Second Son being a launch title for the PS4. However, the series has long been dormant and it seems that it could be gearing up for a return.

Infamous could make a return on PlayStation.

Sucker Punch studios blew the world away last year with the release of a brand new IP, Ghost of Tsushima. The game was heralded as a critical and commercial success by fans and professionals all around, especially as one of the last few PS4 exclusives, along side Naughty Dog’s The Last of Us Part 2.

Between 2014 and 2020, the studio had released no new titles, and while fans were hopeful for a new entry in the Infamous series, they instead surprised fans with Ghost of Tsushima.

We do know that the studio is potentially working on a sequel to the game, and their priorities may now shift to the new IP and leaving the old one behind.

We have seen this with Guerilla Games, the developers of the once-famous Killzone series on several PlayStation consoles, but are now solely focused on the Horizon series of games.

Fans thought that the world of Infamous would meet a similar fate, but it seems that our favorite games industry insider, Shpeshal_Nick could have some good news for us, but it needs to be taken with some salt.

Nick has a very good track record that has been very consistent, but also, has had his fair share of misses, but that is expected in this field.

It is worth mentioning that the Infamous Domain did get renewed in 2020, and there have been a number of job listings arising at Sucker Punch.

While many fans would love to see the return of the Infamous IP, especially with a new PlayStation console becoming almost a year old already, the series could use a revival.

Sony’s show is set to take place on September 9th, so it is only a brief matter of time to see if Nick’s sources yield any results or not.