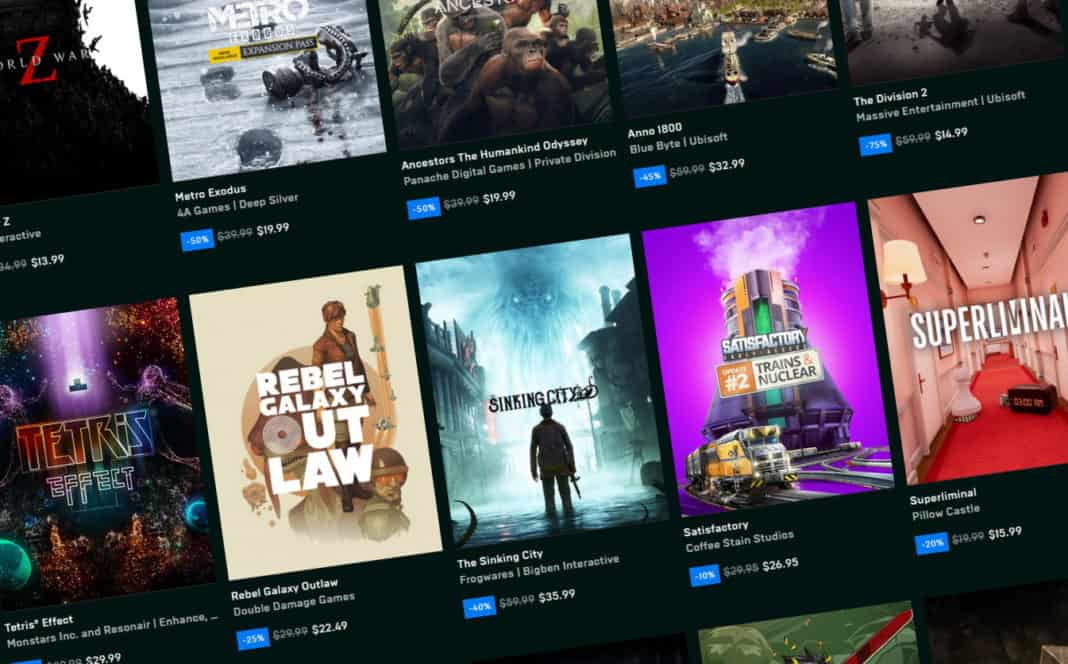 An image has been posted on Reddit which could highlight the games that will follow the release of today’s smash hit release on the Epic Games Store, Grand Theft Auto 5. A game that went free earlier today and managed to crash the store. Even though the game is currently free until May 21st, fans clamored to the launcher and immediately claimed the game. A new image has surfaced which shows the upcoming games for the May 2020 Epic Games Store Free Games

It seems that we might have a first look at the games that will follow the release of Grand Theft Auto 5 when it leaves the free space on May 21st. While none of the games have the mammoth sized fan base of the latter, these are still some very solid titles and offer a good variety of genre as well.

The free games offered are expected to be:

We have a strategy game, a looter-shooter, and a survival FPSRPG. This is a good variety of games after the massive time sink that is Grand Theft Auto 5.

While the source for the image comes from a very difficult trace to center, it follows the old “a friend of a friend” story.

Whether or not the listing revealed by the Reddit user prove to be true will only be a matter of time. Earlier today we reported that The Witcher 3 is expected to go as the next free game on the Epic Games Store, only for it to be on sale earlier today.

For now, today has been a busy day for Epic Games, and now we wait to see if the leak posted here holds more water than the Witcher 3 news. We all could have used a free copy of the game, especially with all its DLC.

With the current listing of titles, are you excited for what you’re seeing or do hope for the line-up to change? Let us know your thoughts in the comments section below.