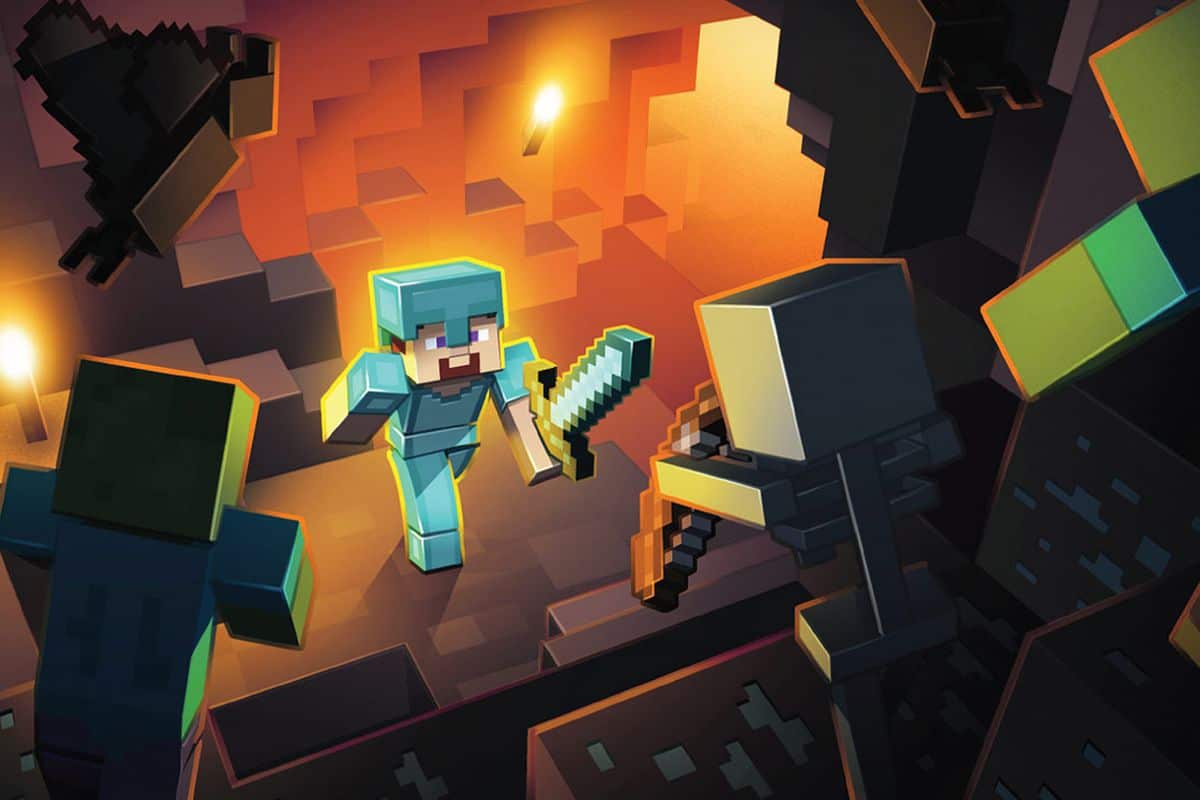 Did the anniversary trailer of Mojang Studios accidentally shed light on a new Mojang Studios game in development? Something after Minecraft Dungeons. Fans are speculating that Minecraft Dungeons, due for release on May 26th, 2020, could be among the new games. However, as the studio is owned by Microsoft, we can hopefully hear or see something from the renowned studio in an upcoming Xbox Series X showcase.

Mojang Studios and the potential of 2 new games!

The Mojang Studios trailer took advantage of 11 years of Minecraft to roll out a new name, and a new logo.

Some of the finer details are hidden in plain sight in the trailer, which many fans only noticed upon watching the trailer again.

First pointed by Reddit user u/AsleepConstruction, they captured 2 screenshots of a couple of sneaky details in the trailer.

The first being, Mojang Studios now comprises of 5 studios in total, spread all over the world. The second being a Secret File Browser. Both pictures are located at 0:35 and 0:42 in the video respectively.

Here are all the contents of the Secret File Browser:

Epic live show ideas could be anything.

Feature Film is no secret as we all know a Minecraft movie is currently in the works and set for a March 2022 release.

The most curious points in the secret folder are New Game 1 and 2. Fans believe that this could include Minecraft Dungeons, which is set to release next week for the PS4, Xbox One, PC, and Nintendo Switch.

As Mojang Studios is now under ownership of Microsoft, it’s safe to assume that we can expect to hear more about the games coming from the studio at a future Xbox Series X event. Perhaps Microsoft has a few aces up their sleeve?

For now, all we can do is wait and see if something really does come from this reveal.

What are your thoughts on the 2 new games from the studio? Do you want both games to be related to Minecraft, or prefer a new IP? Let us know your thoughts in the comments section below!