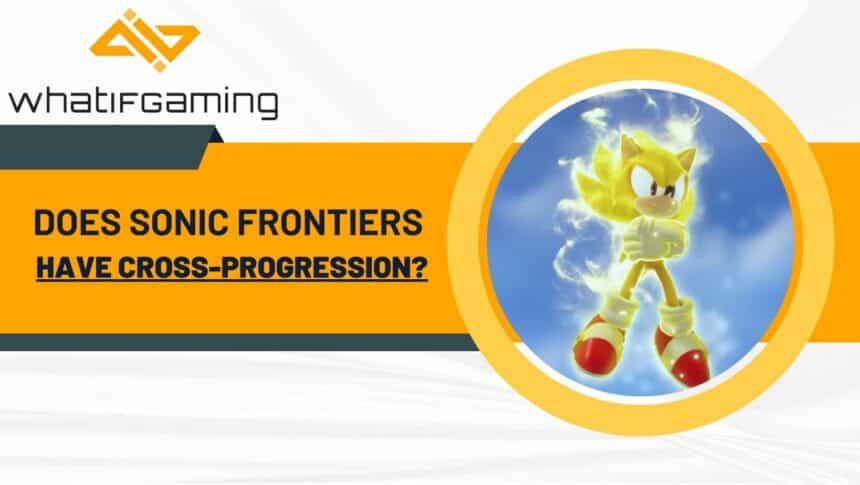 Much like co-op, cross-progression is a wonderful thing that most games are implementing especially after the next-gen consoles. It allows players to transfer their save files to a different console and carry on from there. This can save a lot of time and effort since you don’t have to play the entire game again just to reach the point where you stopped.

Since everyone’s favorite blue hedgehog is back in Sonic Frontiers, many players were wondering whether or not the game has cross-progression support. Worry not because we will answer that question for you right now. With that said, let’s jump straight in and get started.

Yes, Sonic Frontiers does support cross-progression. You can transfer your PS4 save files to the PS5 allowing you to enjoy the game on the newer generation of consoles even if you didn’t start playing the game with them.

How Long is Sonic Frontiers?

Sonic Frontiers has a hefty playtime of around 20 to 30 hours for an average player. This was revealed by director Morio Kishimoto to IGN during Summer Game Fest. However, if you are a completionist like me, it would take you anywhere around 55-60 hours depending on how fast you do everything.

Having a hefty playtime is a great thing but since the game does not offer any cross-progression system, it would be a shame if you wanted to play on another platform. Losing all your progress due to this can be a massive disappointment and lead to many players losing interest in the game.

We’re quite pleased with the fact that Sonic Frontiers support cross-progression. It’s quite a handy feature considering a lot of us still haven’t got our hands on the PS5 and we may get them during us trying to 100% the game. So, the ability to transfer our saves at a whim is quite useful.

By Umer Cheema
Follow:
By day, Umer loves writing about games and talking about them; by night, he is an avid gamer that loves playing League of Legends and RTS games. Being a massive fan of Metal Gear Solid, you'll find Umer always praising the legendary Hideo Kojima.
2 Comments