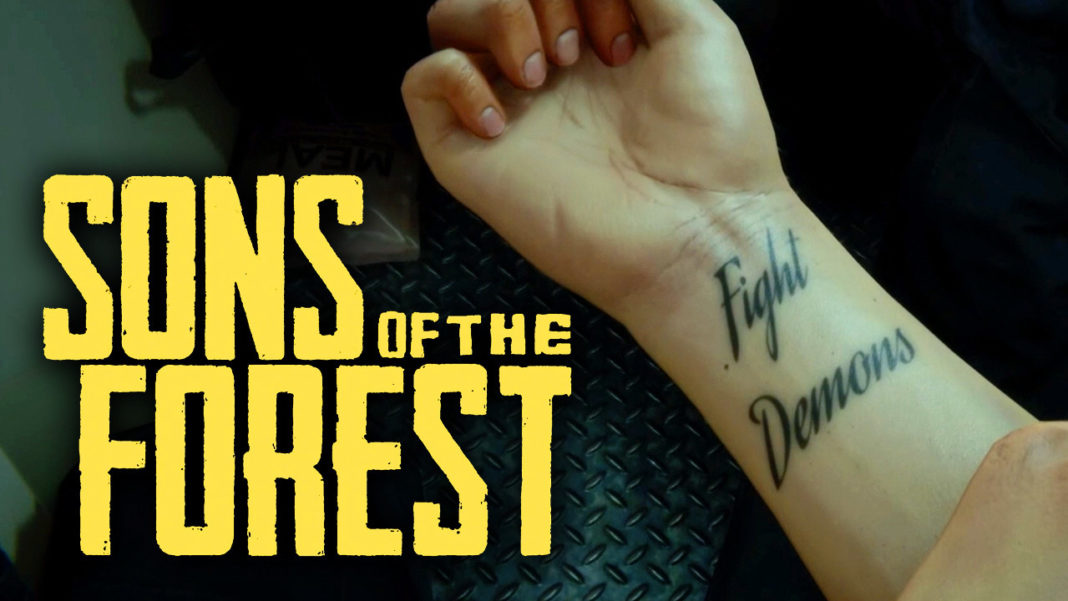 If you are a fan of survival games, you might have heard about a little game known as The Forest. Released by developer Endnight Games in 2014, the game found massive success due to a number of reasons.

Sons of the Forest is its highly anticipated sequel that was initially revealed in late 2019. Since then, players all around the world have been speculating about its release date and what new things might be added to it.

After seeing the recent trailers, we can safely say that a lot of new information about the game has been revealed and we cannot wait to get our hands on it. With that said, here’s everything we know about Sons of the Forest and its release date.

Sons of the Forest Release Date

Originally, the game was given a release window of 2021 but developer Endnight Games confirmed that they need to further polish the game. A tweet from the devs confirmed that the game will release in “early to mid-2022.” However, recently, the devs again took to Twitter and stated that the “May 2022 release date for Sons Of The Forest was overly ambitious.“

The latest release date for Sons of the Forest is now somewhere in October 2022.

Hopefully, the latest release date is final and the game will be finalized before that. It is nice that the developers are being transparent and want to release a finished product rather than putting out a buggy game with tons of glitches.

In the original game, players assumed the role of Eric LeBlanc who was looking for his son while surviving on a forested peninsula after a terrible plane crash. The game had you look for food, supplies, and materials to craft weapons and shelter.

This time around, Sons of the Forest starts with a – you’ve guessed it – helicopter crash that leaves the player stranded in a forest. After waking up, the player finds a spooky lady that suggests that there’s a narrative thread to follow.

While there haven’t been any other details surrounding the main story of the game, we can assume that the native tribe isn’t happy about our arrival. That is why the player has to fight against a lot of them. From the looks of it in the trailer, the players’ actions will seemingly play a larger role in how the world shapes up.

However, the recent Steam page of the game reveals more information about the plot. It suggests that the “players will be taking on the role of a character who has been sent to find a missing billionaire on a remote island.” Plus, the main character isn’t named which suggests that we might have the option to create our own character in this game.

According to some theories, we might see either Eric – the protagonist of the first game – or his son Timmy make a cameo appearance in this game. We will just have to wait and see what happens. Needless to say, this has got players extremely excited.

Since this is a sequel, the game will feature tons of new gameplay mechanics as well as enhance the previous elements as well. First things first, the visuals are improved significantly over the previous game and it looks absolutely amazing!

The AI of the game also seems to be much more advanced and the behavior of the characters will have a great role to play. This time around, the AI will not attack you on sight. You might meet some friendly faces along the way. However, most of the cannibals want to eat you so they will try to sneak up on you and attack or ambush you.

The game is being defined as “A survival horror simulator.” This is no surprise as the prequel was also in this genre. There are no NPCs that will show you the way or tell you what to do. Instead, the player will have to figure out what they need to do next. You are in control of your story and how it plays out. According to the trailers, this truly seems like the game will play out differently for every player.

This time around, players will notice that the seasons change as time passes. This is a massive new addition that will completely change how you play the game. From the looks of it, players will have a tough time scavenging for food in the winter and will have to keep themselves warm by building a fire or a shelter.

Just like in the original game, you have the option to play with a friend. Having the ability to play co-op in survival games like these is a massive bonus. The game automatically becomes more fun and more intense in some cases too.

You can play alongside three different people and survey the entire island, protect each other, build items cooperatively, make your plans together, and much more. Make sure you stick together with your group to have increased chances of survivability.

The game will feature improved AI that will react according to the players’ actions. The devs programmed a new A.I. tool called V.A.I.L., which “allows for the creation of some extremely complex behavior, and characters can now become afraid, tired, angry, hungry, thirsty, tired, etc., and these influence their decisions.“

Not only this but the devs also stated that the AI will launch “much more coordinated attacks” on the player. This means that you will have to take extra care while fighting enemies since they can surround you and attack.

Alongside the improvements to the AI, there are new types of enemies added to the game as well. While the game will feature previous enemy types as well, having more variation means that the game will feel fresh. Let’s take a look at some of the enemy types in the game.

First up, we have the regular cannibals. These are the basic enemies that will be spread throughout the map of the game. Displaying the skull of another cannibal can simply scare them away. They can be hostile, although not to the same extent as certain others.

The cave cannibals are the second group. They’re a bit indolent and won’t get into too many fights. The majority of them may be found in caves.

Lastly, we have the strongest cannibals, the masked ones. They will be hostile not only towards you but also towards other cannibals. Their whole tribe wears a golden mask and if you somehow 3D print it, they won’t attack you but rather take your side.

Apart from them, there will be more mutants as well. We can see fingers and twins in the latest trailer alongside a blob-like creature that was throwing dead mutant babies. In addition, there is a shark that can be aggressive but can also be killed.

One of the creatures is Virginia, the lady with three legs and hands. That’s what Endnight Games had to say about her:

She doesn’t give you missions or anything like that; you can try to have her like you, ignore her, scare her off, how you interact with her is up to each player and we hope everyone will have really unique interactions with her.

Sons of the Forest System Requirements

The official system requirements have not been revealed yet but we are certain that the devs will update the Steam page and add them soon. However, till then we can make an assumption while keeping in mind The Forest‘s requirements.

Sons of the Forest Minimum Requirements

Sons of the Forest Recommended Requirements

What Platforms Will the Game be on?

While we don’t currently have an official word on Sons of the Forest’s platforms, we can make some decent assumptions based on the first game. Just like the original game, the sequel will also only release on PC initially.

This is all we knew about the Sons of the Forest release date and its details so far. The game is bound to succeed looking at its forerunner and what we can see from the trailers. We cannot wait to get our hands on the game so that we can dive deep and survive in this latest sandbox.

Want to stay updated on the regular News and Leaks coming from the gaming industry? Don’t forget to check out our News for the latest and greatest in everything gaming!