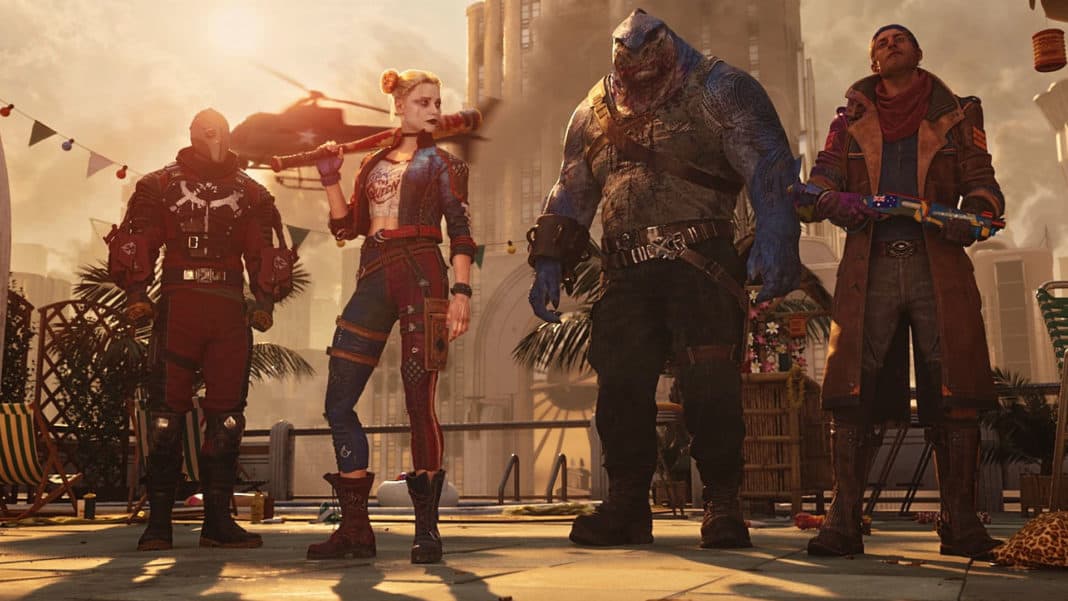 Rocksteady Games has just shown us a first look via a reveal trailer for Suicide Squad: Kill the Justice League. The trailer shows us a city that is currently over run by aliens, but the Suicide Squad only has a single mission, to locate and defeat Alpha Target, Superman.

Suicide Squad: Kill the Justice League lives up to the name

Rocksteady’s first game in many years, takes us to the opposite side of Justice. Where the studio made us dawn the cape and cowl of the iconic Gotham hero, Batman across 3 different titles, players can enjoy being the bad guys for once.

However, by the end of the trailer, the bad guys might not be that evil after all.

The current Suicide Squad consists of the usual suspects:

Some early details on the game have been confirmed by Rocksteady following the reveal:

The game will be a third-person shooter and will have a strong reliance on the characters telling their story. Unlike Gotham Knights, Suicide Squad is canon to the Arkhamverse, where Gothan Knights is not part of the universe.

Every character will have a different variety of weapons and skills as demonstrated in the trailer, paired with lots of guns, superhuman powers, and better combat than any of the Arkham games.

You get to explore an open-world Metropolis and every character will have their own unique mode of travel within the city.

The campaign can be played in solo or 1 to 4 player co-op (local or online was not specified).

The game is slated for a 2022 launch and is going to be a PS5, Xbox Series X, and PC exclusive.

We can take this as writing on the wall that PS4 and Xbox One support will diminish by the end of 2021.

We look forward to more details on Suicide Squad at future events. Let us know what you think of the game so far and if you’re excited to play it 2 years from now.