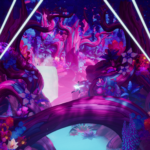 The Artful Escape is a musical narrative adventure game from Beethoven and Dinosaur and Annapurna Interactive. It follows the story of teenage guitar prodigy Francess Vendetti through the cosmos, finding his place as a performer, and the insecurities that come with it. In our The Artful Escape Review we’ll go over what we thought, and if it’s worth your time.

Right off the bat, it’s pretty obvious how much of a personal project The Artful Escape is. Its Creative Director, Johnny Galvatron has expressed how much of his own life as a musician shaped the title, and it shows. The game follows Francess Vendetti, a teenage prodigy, whose uncle was one of the most revered musicians of his time. With such a history, Francess feels as if it is his responsibility to maintain that family legacy, and continue playing in the style his uncle previously did. The problem is, Francess is interested, and exceptionally skilled in another form of music altogether. This internal dilemma stages his psychedelic journey to truly connect with who he wants to be.

Throughout his cosmic trip, he’ll meet different performers, alien entities, and characters to guide him, question his thoughts, and jam with. It’s a deeply personal story, told very well, with strong writing all around. The star-studded cast and an excellent performance by Carl Weathers really add to the narrative, bring life to characters, and leave an impression on the player.

Supporting characters have their own story as well, which is always appreciated, and aren’t just there to constantly cheer for the main character.

The themes of existentialism, finding your place as a performer, and overcoming expectations make The Artful Escape one of the most memorable titles of the year.

The game is a bit simplistic when it comes to the actual gameplay. You can shred your guitar by holding X, and you’ll really want to. Playing music brings life to the areas you’re in, and it’s mostly simple platforming where you’ll be going through different levels, from left to right. There’s occasional dialogue, and dialogue choices as well, which don’t exactly have any consequences, but a few of those are retained throughout the game.

Now, when you’re actually performing with huge alien entities, you’ll be presented with musical notes. These are basically the buttons on your controller, and you will follow along the order played by the one you’re performing with. Again, it’s pretty simple and very forgiving, so don’t feel bad about messing up. If you miss a note in a sequence, there’s no fail state, but the game will keep repeating that sequence till you get it right.

There is also a pretty detailed section where you will be able to customize Francess. You can customize every part of your stage persona, and it’s pretty neat.

This is all the gameplay there is, in The Artful Escape, so don’t expect any challenge or combat. The design is purposeful, but I would’ve liked a bit more variety, even when it came to the musical performances. Even the final encounter boils down to simply following the order of notes presented by the one you’re performing with.

This is the biggest highlight of The Artful Escape. Yes, it tells a very touching story, with some memorable moments, but it’s all carried by the game’s incredible presentation. Every part of this game is bursting with color, spectacle, and life. Shredding through an alien planet, surrounded by its flora and fauna, dynamically reacting to every riff is beautiful. There are some jaw-dropping sequences packed in this title, that combine audio and visual to an insane degree.

It reminds me of the best parts of Journey and Abzu, with its own spin. The soundtrack is worth buying on its own, and I can’t wait to get a copy myself.

This is one of the most beautiful games I’ve played all year, and it kept raising the bar throughout its 4-hour campaign. Both the audio and visual design is a highlight of our The Artful Escape review.

The Artful Escape is a fantastic musical experience with an incredible presentation. It tells a very personal story, full of memorable characters, and performances. The actual gameplay is a bit lacking, but the game makes up for it with its spectacle.

Be sure to check out our other reviews, for Mighty Goose, Retro Machina, and Resident Evil Village. You can add The Artful Escape to your wishlist at the following link.

What did you think of our The Artful Escape Review? Have you played it so far? Share your thoughts about it in the comments below

This review is based on the PC version of The Artful Escape. The key was provided by Annapurna Interactive 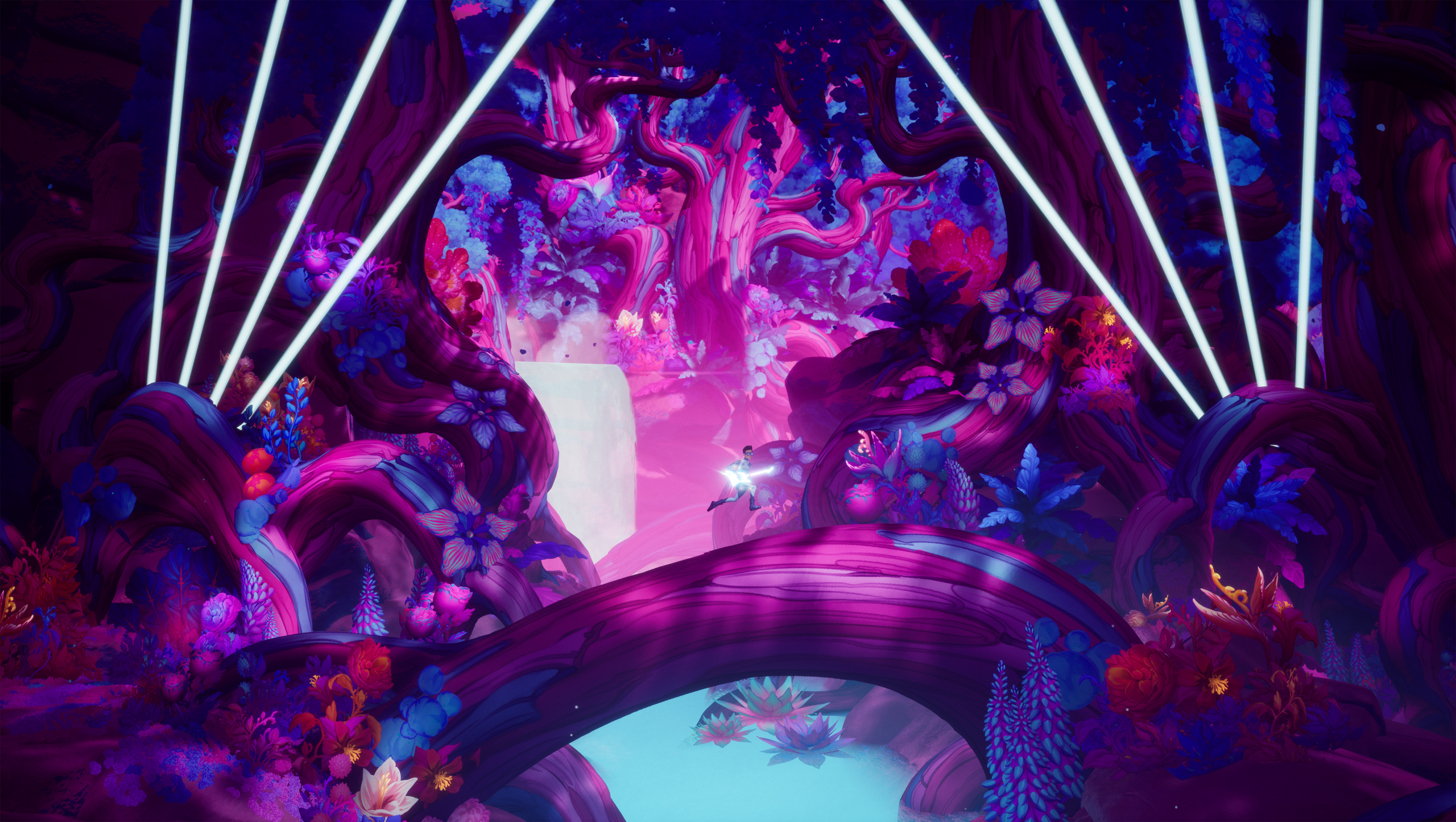 Review Overview
Great 8
Overall Score 8 out of 10
Summary
The Artful Escape is a musical narrative adventure game that follows the internal journey of a teenage prodigy who sets out to create the most elaborate stage persona yet.
TAGGED: Annapurna Interactive, Beethoven and Dinosaur, The Artful Escape
Share this Article
Facebook Twitter Email Copy Link Print
What do you think?
Surprise0
Love0
Sad0
Happy0
Sleepy0
Angry0