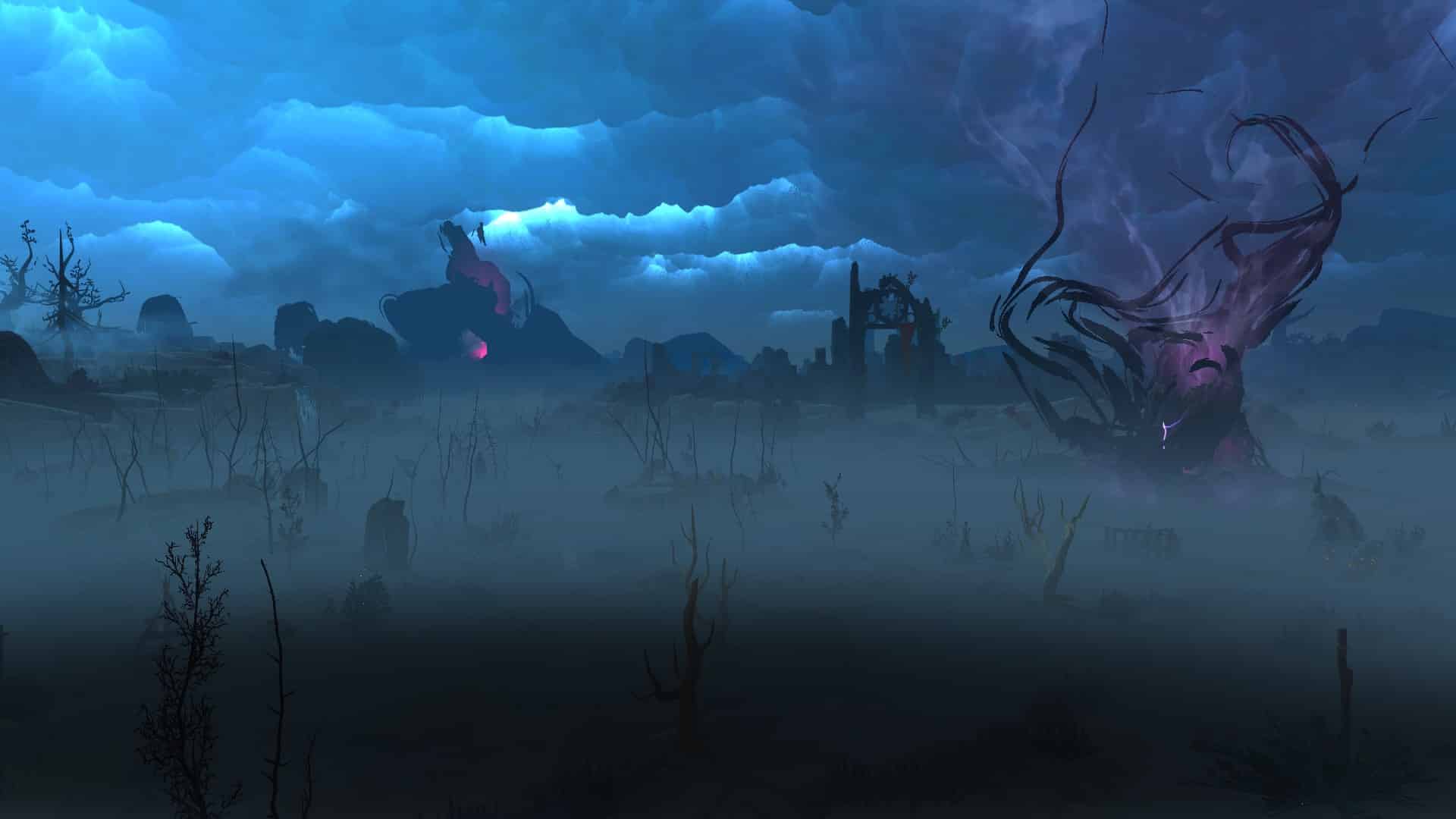 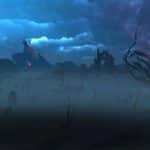 Sengi Games, together with Team17, brings us this wonderful action-adventure isometric game. Live your dreams as a Warden and try to investigate the source of the world’s corruption. Let’s take a deep dive into the visuals and gameplay in The Serpent Rogue review.

Get ready as this unique crafting RPG will hook you into hours of filling up your research books and your brain will wonder why these materials make sense when you create your potions.

Don’t worry, we won’t spoil you with the kinds of brews that you’ll be making because that’s the point of playing The Serpent Rogue, deciphering hundreds of concoctions.

The Serpent Rogue is a botanical action-adventure game set in a medieval fantasy world. Master the art of alchemy, explore forgotten lands, tame wild beasts, and protect the realm from impending disaster.

You’ll get some light storytelling here and there but this isn’t where the game really shines in my opinion. Although this doesn’t have any multiplayer support, it has a great single-player experience nonetheless.

Get ready to spend plenty of hours trying to explore the Wastelands as you rid the area of corruption where random powerful beasts and random treasures await.

According to Sengi in their last AMA at their official Discord server, the gameplay was inspired by the Gothic 1 and Gothic 2 games, which made them expound on a variety of mechanics.

Right away in the first few minutes of the game, I got a vibe of a mix of Bloodborne and Borderlands from an isometric perspective. The cartoonish and stunning visuals had me hooked in the first few hours of exploring the areas for ingredients and discovering beasts.

Just a minor nuisance that I had with The Serpent Rogue is whenever I analyze villagers or creatures they would sometimes show up as skeletons even though their appearance in-game doesn’t reflect as such.

In terms of controls, you can play The Serpent Rogue either by using a mouse and keyboard (MnK) or a controller. In my playthrough, I’ve been using the controller. I do have a separate save file just to experience playing with MnK but I feel like the game is still best played with a controller.

If you’re looking for dodge rolls in this game, you won’t find them here. I understand why the devs didn’t implement this because you are playing as a botanist/researcher.

It doesn’t make sense to turn this game into Elden Ring as The Serpent Rogue focuses more on the gathering and crafting loop rather than the combat.

However, one thing I noticed when performing combat was sometimes the hits weren’t registering. It’s a pain when you’re wasting damage potions to inflict damage on high-health creatures such as the Faun. I’m assuming this will be fixed in their next updates so I don’t see really this as a big deal.

The game also makes up for it with the wonderful soundtrack that’s well suited for the corrupted environment that you’re trying to cleanse.

Sleep Is For The Weak, Keep Exploring The Wastelands

The sleeping mechanic in The Serpent Rogue felt useless to me that I felt that I only used it once or twice. I only noticed the Warden’s hunger levels decrease while sleeping so it’s just used as a means to skip time.

In fact, I prefer my Warden to be in skeleton form instead of a human because of the bonus damage that it gives me. The only downside of the skeleton form is that you can’t block or dash since it relies on your Warden’s hunger level.

Although, cooking food and uncovering recipes felt rewarding as well if you want to go with the “human” route. The only perk that I see when having a hunger meter is the ability to block and dash but in terms of my playstyle, I’m more used to timing dodges just by moving.

Beds and chests are scattered across the safe areas. So if you’re setting out gathering in the Wastelands, I suggest putting all your materials in your chests so you have plenty of inventory to spare so you can pick up rare loots.

You’ll be overwhelmed with the potion crafting mechanics at first. Not all potions are meant to be consumed. I have to admit, I was using the damage potion wrong in the game as it gave me a health decrease every time I try to consume it.

Some players might not enjoy the early stages of The Serpent Rogue because you’ll be occupied with researching materials before you get to craft the more advanced potions. Resources inside each area respawn almost instantly after you leave.

Sometimes it gets boring if you just focus on grinding the potions but it’s a good thing that the Wasteland’s resource drops are somewhat dynamic so whenever the corruption storm subsides, you’ll get different drops every time you revisit the Wasteland.

Honestly, I rarely used the animal transformations statues in this game since my goal is to hoard a lot of materials whenever I venture into the Wasteland. The carrying capacity can be punishing at times and I won’t be able to enjoy gathering.

The inventory management in this game is somewhat a hit and miss for me. To be fair, they did a good job at sorting the items that are picked up by type but once it becomes to plenty to handle, it can tend to get overwhelming at times.

Whenever I venture into the Wasteland, I still get worried that I won’t make the most out of the exploration because I’m chasing time before the storm hits, despite emptying my inventory pockets.

The weight computation on the food feels unrealistic as well. For example, a Raw Meat has a 0.5 weight score. If I decide to cook it into a Choice Steak, its weight is now 1.5? That doesn’t make any sense.

Crafting & Experimenting Isn’t Overwhelming At All

Despite the tiring back-and-forth for hoarding ingredients, the gathering and crafting mechanic of The Serpent Rogue is where it shines. I’ve been playing other mining and farming games like Core Keeper and getting these ingredients in this game felt more rewarding for a sandbox game.

You either have to kill creatures many times or revisit the Wasteland repeatedly to gather unique resources for research and eventually, use them as an ingredient for your future concoctions.

The devs made crafting less complicated by using up to four material and food combinations and they made sure it’s logical to put whatever you want to brew together. There are around a hundred potion combinations to uncover so you’re going to unleash the completionist in you.

Lazy thinking and guessing for crafting combinations? You could pick up random recipes scattered in the world.

The Kiosk is where you can take on crafting quests in exchange for coins if you don’t want to beat up random villagers and creatures that pass by your Abandoned House or Camp. Pay attention to it as well because sometimes the requests also give away hints on how to create a certain potion.

You can slaughter any visiting villagers and creatures if you want quick loots usually in the Abandoned House or Camp area.

However, you should also know that having too many corpses in one area will cause ghouls to spawn so you may want to seek help from the Undertaker. He can handle the cleanup plus resurrecting some of your dead companions as long as you have the required shovels to do it.

Another nice feature that The Serpent Rogue pulled off is hiring your own party of humans and summoning animals and other creatures through your Create potions. It somewhat reminded me of Wartales for some reason minus the turn-based mechanics.

If you’re summoning creatures through your crafted potions, take note that they only have a limited lifespan. I personally prefer just hiring human mercenaries from the pier once the ship arrives and you will need them because they will be responsible for carrying your Vessels to cleanse the corruption.

One nitpick that I find annoying about the party management in this game is that I wish I could somehow heal my party while exploring the Wasteland instead of leaving them at camp for a while until they nurse themselves back to full health.

However, there is a mess hall in the camp where you may want to place food if you want to somewhat speed up your followers’ recovery. It took me 7 to 8 hours of playtime (I felt stupid here, I know) before I even realized that there’s a mess hall for your followers at camp to eat.

The Serpent Rogue gives players a unique approach to sandbox focusing on researching and crafting ingredients instead of the usual combat that we see in other games such as Minecraft. The audio and visuals are charming for an isometric game giving us a cartoonish Diablo vibe.

I don’t think The Serpent Rogue is meant to be played in multiplayer as the single-player features are already enough to get you hooked.

Honestly, I’m not that creative when it comes to building stuff but this game gave me a new avenue to create different concoctions. It may not be the same as designing a house, but it just gives off that same level of satisfaction.

Sengi also mentioned during their Discord Q&A that they won’t be pushing for multiplayer anytime soon. Besides, you can hire your own band of misfits if you want to explore the corrupted world.

To close this review here’s my progress for the game so far. I actually liked how they subtly placed stats while you’re pausing the game to feel that sense of accomplishment. That’s a nice touch!

The Serpent Rogue gives a new breath of fresh air in the RPG genre where its main focus is item crafting and exploration while slightly steering away from fighting creatures and minus the character level-up mechanics. Playing as a Warden who’s always curious about what lies in the world ahead, managing your inventory can also pose a challenge as you research your way into completing your journal. This sandbox game deserves a spot in your collection.

We hope you enjoyed our review of The Serpent Rogue. You may also want to look at our other reviews such as ELEX II, Winter Ember, and more!

This review is based on the PC version of The Serpent Rogue. The key was provided by Team17.

Review Overview
Great 8
Overall Score 8 out of 10
Good Stuff Comprehensive but not too complex crafting system Nice and clean visuals, especially the map and character design Interesting NPCs despite the lack of dialogues Dynamic resources
Bad Stuff Sleeping mechanic felt useless Combat can sometimes be stiff You can't heal your party members while exploring Inventory management can get annoying
Summary
The Serpent Rogue brings a new twist to the RPG genre where the focus more on discovering materials and ingredients to create potions and equipment rather than stat padding and levelling up. If you always dreamed of becoming a talented witch doctor, The Serpent Rogue may be your cup of tea.
TAGGED: The Serpent Rogue, The Serpent Rogue Review
Share this Article
Facebook Twitter Email Copy Link Print
What do you think?
Surprise0
Love0
Sad0
Happy0
Sleepy0
Angry0