Thymesia Guide: How To Beat Corvus 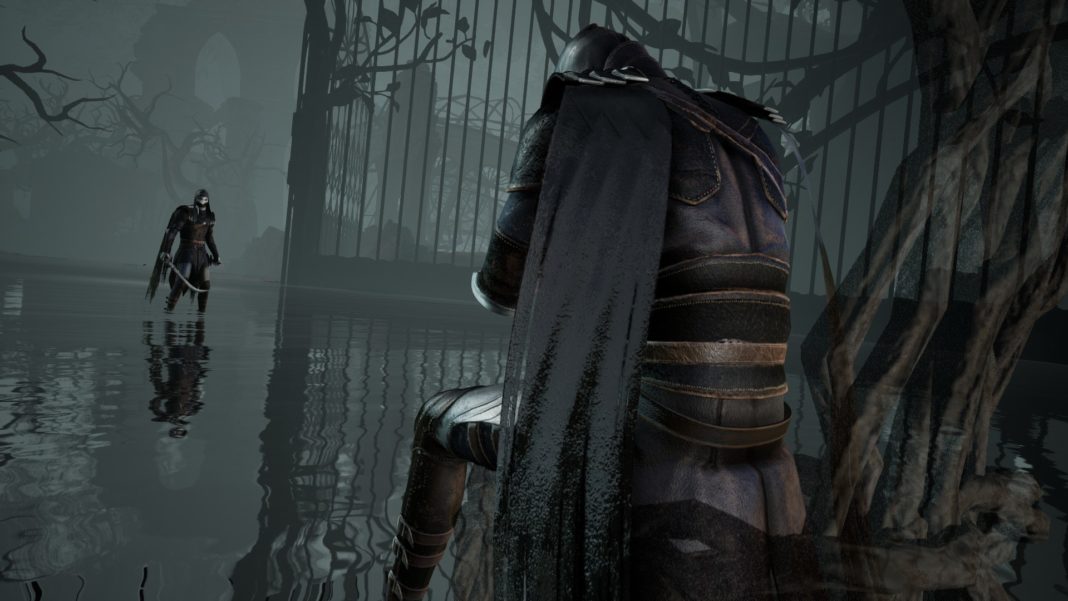 This Thymesia guide will show you how to beat Corvus (a.k.a. yourself), the final core boss that you’ll encounter in the Ocean of Memories. Beating your mirror image will be one of the most challenging feats that you will face but we’ve broken down every move that your clone can possibly pull off.

What To Expect In The Corvus Encounter

Fighting against Corvus will require you to learn how your Saber and Claw attacks behave. So it’s essential you know when to deflect and dodge because you cannot deflect all his combos. This is because the parry animations cannot be canceled and spamming it won’t work as well.

You’ll also need to learn how each of Corvus’ certain plague weapons behaves so you won’t have a hard time strategizing your counterattacks.

Similar to what we’ve recommended in the Varg guide, you can also use any of these plague weapons when battling your mirror image. Take Blood Storm and take advantage of its vampiric ability, especially during the first health stack.

To be honest, I thought I could beat my mirror image with a Scythe as my main Plague Weapon only to realize that it only gives half the health Blood Storm gives. But if you want a little flex, you can use non-healing Plague Weapons to satisfy your hunger for a challenging bout.

These talents and plague weapons should be enough for you to understand how to beat Corvus in Thymesia.

Before battling Corvus, we highly suggest replaying some of your memories and even doing the subquests to level up your character. I find it very helpful to at least have your Strength and Plague levels to be above Level 10 because your Plague Weapons can give away special bonuses, making it a little easier to fight your mirror image.

Here’s a quick summary of commonly used Plague Weapon attacks that you’ll probably encounter in fighting Corvus (and we’ll discuss more in detail in the next sections). We suggest studying how the behaviors of these weapons work so you’ll have no problem with countering these attacks later on.

Most likely to occur:

While most of the Plague Weapon attacks mentioned here can be remedied through dodging and deflecting, you need to study how the attack patterns of both the Greatsword and Hammer. This is where Step and Jump can come in handy because it gives you an opportunity to launch a counterattack.

Reading these patterns is essential for a sure victory if you want to know how to beat Corvus in Thymesia. After the cutscene, expect your doppelganger to do either of these two moves:

One strategy that I would do especially if I want to be conservative with my attack combos is trying to find a good attack pattern that I can Deflect with ease giving away wound damage. Then, I follow it up with a flurry of Claw attacks to reduce the mirror image’s overall health.

Try reading Corvus’ Halberd piercing attacks during the first stack as a start.

You can do Saber attacks as well but you also have to understand that plague wounds have a certain duration and Corvus’ recovery from these wounds can be quite fast. So don’t forget to mix up your Saber attacks with some Claws as well.

Try to conserve your potions for this round as his second stack will have a new set of moves so you don’t get caught off guard. If you have Blood Storm equipped, use that as your “emergency potion” instead.

Corvus almost does the same moves in the first health bar stack but the “enhanced” version of some of the Plague Weapon attacks.

For example, for his Hammer attack, instead of just jumping and smashing the ground, he does this spinning attack before unleashing the smash.

Another scenario when he’s using the Halberd is instead of doing the usual stabbing motion combo, he’ll whirl around his weapon.

The Greatsword attack is probably the hardest plague weapon that you’re gonna have to dodge or deflect when facing Corvus so take note of these two attack variations.

Other than that, whatever attack patterns that you’ve deciphered from Corvus’ first health stack will just occur again. So it’s just a matter of rinsing and repeating these combat suggestions and you’ll be able to slay yourself in the final core battle in the Ocean of Memories.

What other moves did your doppelganger do during your encounter with him in Thymesia? Did we miss anything? Let us know in the comments section. We hope we made this guide on how to beat Corvus in Thymesia less stressful for you.