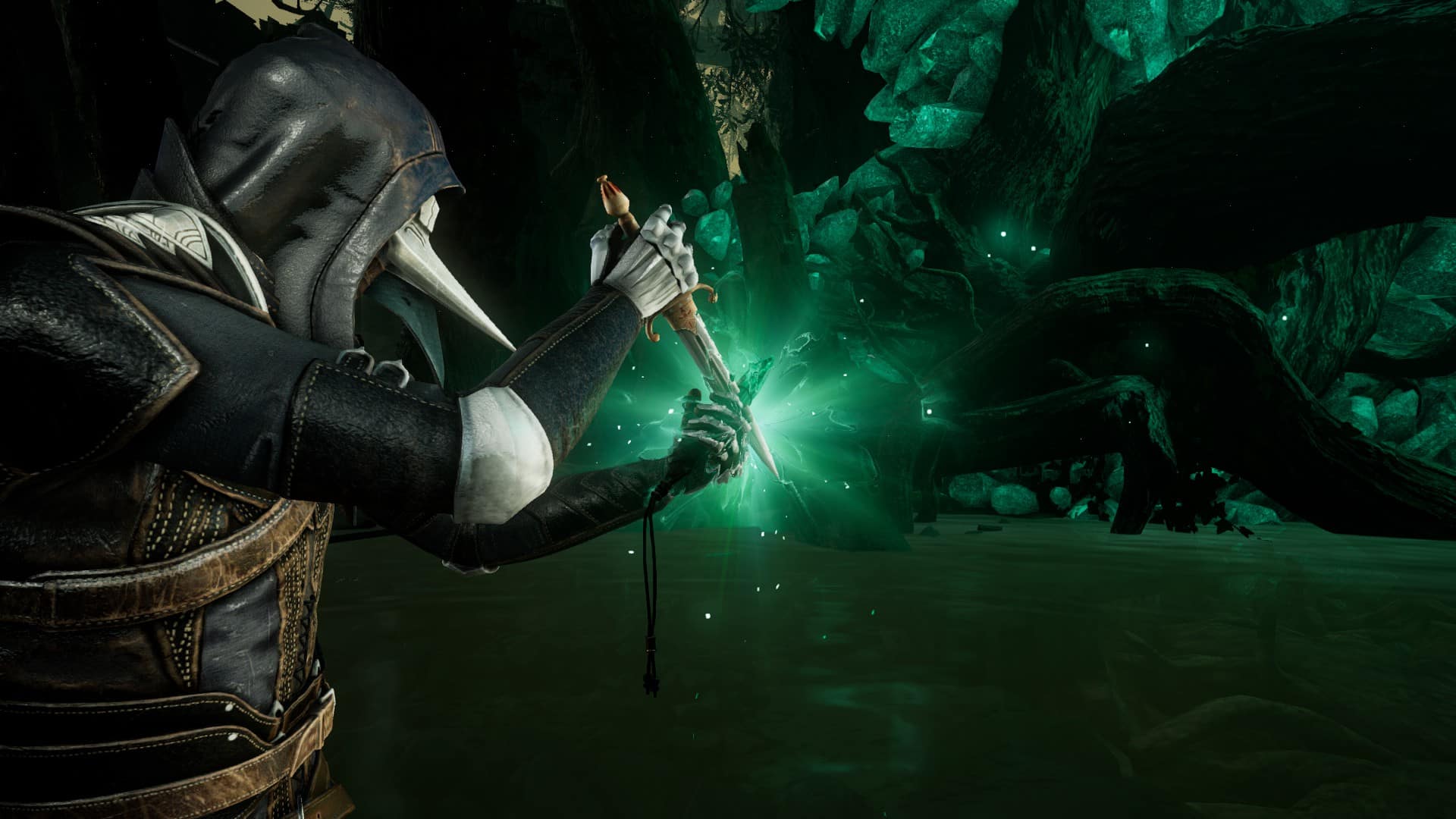 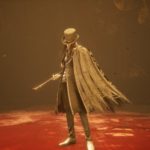 Thymesia is a game developed by OverBorder Studio and published by Team17 as they try on entering the soulslike arena. In this Thymesia review, let’s see if it can be at par with the other soulslike and ARPG giants like Nioh and Elden Ring.

This game is a grueling ARPG with fast-paced combat and an intricate plague weapon system. Play as a character known by the code name “Corvus” and discover the mysteries of the plague. Prey upon your enemies, wield the power of disease and find the truth in your own memories.

Players take on the role of Corvus, someone who is essentially the last hope for this dying kingdom. They can’t exactly recall a lot of their memories, and as they go through different parts of the world, it becomes a bit clear as to what their role is in the grand scheme of things. It’s not exactly a fleshed-out narrative, but rather something you explore with tidbits scattered around the world in the form of notes.

The story is lackluster in my opinion. If you’re going to focus on just the main quests, it’s going to be a short experience despite your deaths. You might be able to finish this game in one sitting if you’re a seasoned soulslike veteran.

I wasn’t really invested in the lore because I was too busy thinking about how to defeat the annoying enemies in the way. There are indications that the people were experimenting with alchemy, and things went wrong, as usual.

Overall though, it’s not exactly a memorable story, and despite some neat twists, it’s mostly forgettable. While it tries to emulate that signature FROM SOFTWARE storytelling, it lacks subtlety. The world-building, lore, and dialogue are a bit on the nose.

The game’s general environment and aesthetics were immersive enough for me to give Thymesia a chance to review it. I liked how it was consistent in terms of its renaissance-inspired, fantasy apocalyptic theme.

However, I noticed most of the enemies in the next levels looked a bit generic.

To be fair, I enjoyed exploring the first area of Corvus’ memory because I felt the effort placed in designing the enemies. I actually found them to be more challenging compared to the later areas.

As time went by, I also noticed this strange design pattern that the devs placed on the other enemies, especially on the soldiers. Like in the Royal Garden and Hermes Fortress, they just placed some sort of color coding just to distinguish that the soldiers are from those areas.

Levels simply aren’t complex enough to even compare to something like Nioh or the Surge 2 and feel very linear. The enemies also have massive health bars and felt like a way to compensate for a lack of interconnected, and diverse levels. You spend more time chipping away at enemies’ health bars than actually exploring or admiring the world.

It does get boring in the long run if you want to repeat and grind an area. What I can probably suggest is put some sort of difficulty multiplier, similar to what roguelikes are doing (e.g. Hades).

The only prominent character that you’ll get to talk to is Aisemy in Philosopher’s Hill. She just feels like a ripoff child version of The Doll from Bloodborne whenever you visit Hunter’s Dream.

Each area also has optional sub-quests. However, there’s no motivation for me to complete it aside from the purpose of just leveling up. You barely get any additional narrative tidbits from these detours.

One feature that I liked about Thymesia in this review is the flexibility of its talent trees and plague weapons. You can customize your playstyle according to your personal liking. If you want to grind the skill shards of your favorite Plague Weapon, you can always repeat your memory runs.

As you level up your character, you’ll get more skills points. Since this game doesn’t have traditional classes, these skill points can let you modify Corvus in several different ways. This is one part of the game where a lot of attention has been given. The ability to easily reset those points is something I’d like to see more.

The problem is that some skills are simply better than others. Thymesia has a bigger focus on deflecting rather than dodging so it’s kind of important to ensure that you invest quite a bit in this talent. It’s not a huge issue because that’s still a base move, but I feel like a bit more diversity in your playstyle could have gone a long way.

One suggestion that I would like to see for this game is a possible PvP game mode because of the vibes I got from the final area (I won’t spoil it, of course). Since Thymesia has the ability to let you choose your own talents and playstyles, this possibility can actually be explored.

This is the part of the game where I have a love-hate opinion. I’ve read in the previous Steam announcements that some people were displeased with the combat mechanics in the first demo.

However, the devs were able to slightly enhance the combat experience in their recent demo. Despite some improvements, I still felt like it could’ve been improved further.

The deflecting and counterattack mechanics still felt way off and some plague weapon ability animations also felt long. This is why I couldn’t parry whenever an enemy unleashed a powerful combo.

Instead of relying on my skills to time dodges and counters correctly, I had to just watch how each attack animates. This brings me to my next point: the motivation to try the other plague weapons.

Since I already knew that some of these weapons had a slow attack animation, I didn’t see the sense to use them in the long term as enemies became faster and dealt more damage. This became more apparent, especially against bosses. I wish we had more flexibility when it comes to controlling our attack combos and possibly chaining animation cancels in the plague weapon abilities.

The window time to parry and attempt to do another flurry of attacks still feels short despite the improvements. For example, if I wanted to do a pure deflect on a 5-hit combo showcasing my ability to properly read the boss attacks, Thymesia doesn’t really let me do that.

Instead, I have to do a mix of dodging and deflecting and I don’t think that’s the right implementation for it.

There is also a feather system where you can interrupt incoming special enemy attacks. Problem is, that those feel widely inconsistent, which makes dodging a far more useful tactic. A better strategy would be to use Corvus’ leaping dodge ability which gives you an opportunity to land an attack.

One of the more unique features of Thymesia is the additional health bar, which serves as the “wound”. When you attack an enemy with a saber, it depletes the health bar but leaves a wound bar as well.

You have to use your claw attacks or your plague weapon to deplete that, otherwise the normal health bar fills up. It’s an interesting idea on paper and works pretty well initially.

When everything is working well, it can look really great, and you do feel improving. Sadly, small annoyances with combat encounters and boss fights can really make the experience feel like a slog.

Aside from the lazy design from the later areas of the game, the enemies in Thymesia are too overpowered. Repeating the same level over and over again really felt like a chore the longer I immersed myself in the game.

Having an additional bar for these minor enemies that are already so annoying with their massive health bars is a bit much. The exploration could become bearable if they placed this health bar mechanic on the “elite” enemies and bosses instead.

The order of boss appearance also felt off as the difficulty curve wasn’t properly distributed. For example, the first actual boss of this game has two phases (or health stacks), a multitude of attacks, and their ultimate ability that cannot be deflected so you have to dodge.

When you reach the second boss, you will notice a reduced difficulty gap from the first boss. I actually think that this particular boss should be the first one that we should fight.

Make sure to check out our guides for these bosses, and we hope these are helpful.

While Thymesia is comparable to Sekiro in terms of gameplay, it certainly draws from Bloodborne when it comes to its art direction. Its gothic environment, victorian era clothing, and general atmosphere are a lot like Bloodborne.

This is also one of the stronger aspects of the game. It looks great, and it’s nice to see more soulslikes make good use of the Unreal Engine for fantastic texture work, environments, and models.

While it does look good, a general lack of interactivity with the environment does make it feel more like window-dressing.

The soundtrack is decent and consistent with the setting and themes. I think boss fights usually have some really stellar tracks that go well with their design. Weapons sound good, and the items you use have some neat effects as well.

Thymesia is a mixed bag and simply doesn’t do enough to stand out. There are some neat ideas when it comes to how you approach combat encounters with plague weapons, but a lack of polish remains a constant obstacle in almost every facet of it. When it works, and all the systems line up, you can have a lot of fun, but that rarely happens.

Despite its excellent visuals, the world feels shallow because of its linearity, and the use of annoying enemies to compensate for a lack of intricate level design makes an already difficult experience, exhausting.

I’d rather experience dying multiple times from Sekiro or Bloodborne than Thymesia. If you’re on a very tight budget, then you might want to try this “Sekiro lite” game.

We hope you found this Thymesia review insightful and your expectations have been set.

This review is based on the PC version of Thymesia. The key was provided by OverBoard Studio/Team17. 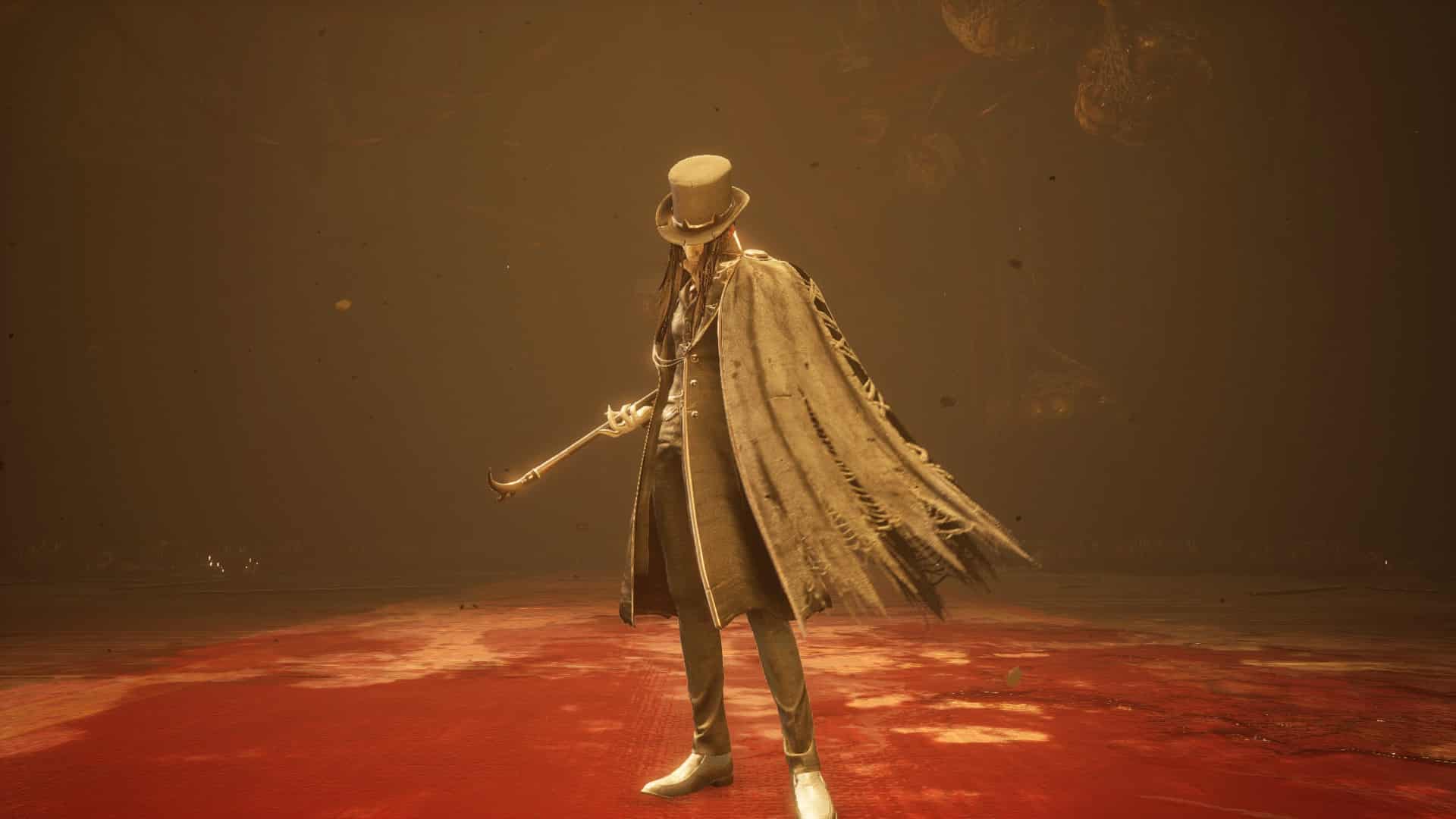