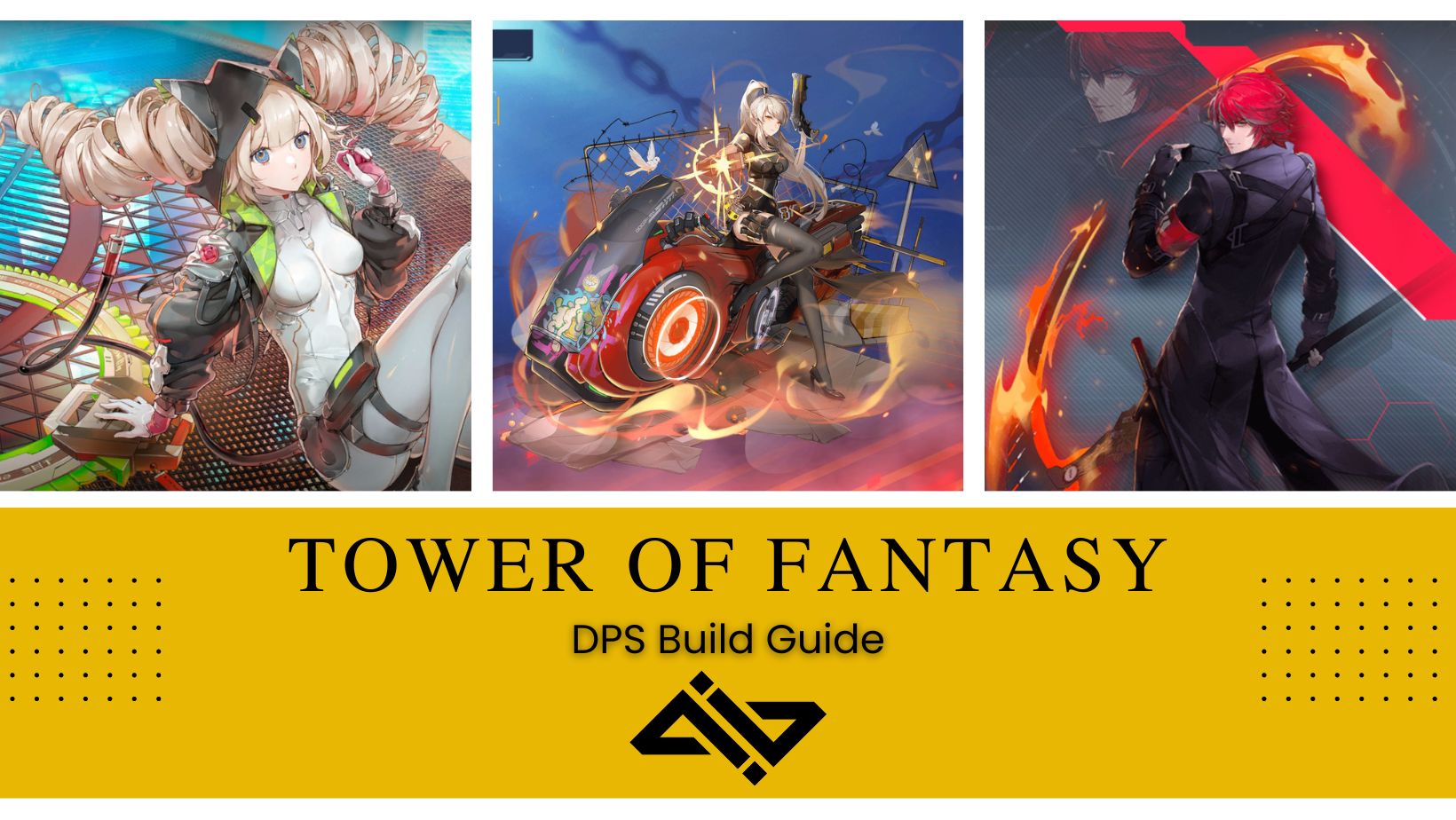 Tower of Fantasy is an MMORPG that is taking the market by storm. Since it is similar to Genshin Impact, there are characters that have various roles. The primary roles are DPS, Tank, and Support. Today, we will take a look at the complete Tower of Fantasy DPS guide.

We will talk about the best DPS characters and the best builds as well. If you are new to the game, I suggest looking at our beginner’s guide and the best team comps to get started. With that said, let’s dive right in and take a look at the Tower of Fantasy DPS guide.

Damage per second – or DPS – allows you to deal a lot of damage in quick succession. Since these characters have a high damage output, they are naturally squishy and do not have a lot of utility in terms of healing or shielding.

However, having a good DPS team allows you to excel in PvP thanks to your damage and how quickly you can kill the enemy.

Before talking about the best DPS builds, we need to know some of the best DPS characters. These characters have a high amount of damage Since there are many characters in the game, we have listed down the 5 best ones for you.

She is arguably the best DPS character in the game right now. Her weapon – Dual EM Stars – allows you to deal tons of damage quickly. Plus, the best part is that she has a Charge rating of 10.7. This allows you to quickly charge your other weapons to deal even more damage.

Her weapon has lighting elemental with the elemental attack Volt and a DPS resonance. We will talk more about Samir in her build section below.

King is a great character that has one of the best weapons in the game – Scythe of the Crow. He is crucial for your team since his weapon has the highest Shatter rating in the game. There are tons of enemies in the game that rely on shields.

The ideal way to use King is to call him when you need to remove a shield. Once that is done, you can recall him and use Samir to finish off the enemy. That’s not to say that he isn’t a good damage dealer.

King can swing his weapon to deal damage to multiple enemies at once. He is great for clearing out AoE targets that have surrounded your team.

The best part is that his weapon applies the burn effect on enemies. Any target that has this debuff will take 58% of his damage per second and will have reduced healing. So, you can negate the effects of the enemy healing by hitting them with King.

Crow is a Volt user that has 6 Shatter and 8 Charge. He excels at charging his ultimate quickly. He is a melee user that has a fast-paced gameplay. So, if you want to play him effectively, you need to constantly move around so you don’t get hit.

Plus, thanks to his shatter, he can break through shields relatively quickly. While he isn’t as strong as King, he is a great alternative. Crow has a lot of damage if you target a single enemy. However, keep in mind that he won’t perform well if you are surrounded.

She is an ice character that has a Shatter rating of 4 and a Charge rating of 11.50. Thanks to her Ice Shell attack, she can freeze all enemies for about 2 seconds. This allows you to deal damage to them while they cannot do anything in return. On top of that, you also apply a debuff on them.

The frostbite debuff reduces their Charge by 50%. This means that they cannot charge up their ultimate quickly; allowing you to reduce their overall damage potential. The best part is that once the enemies are free of your Ice Shell, they will take a huge amount of damage.

She is a shield breaker which means that she excels against enemies with a large shield. As such, she deals the most amount of damage compared to other members of your team.

Having the Grevious elemental, Shiro can deal 137% of her damage to enemies with each auto attack. On top of that, she can also apply a debuff that lowers the defense of all enemies and make them take 20% more damage.

Lowering the defense of all enemies will allow you to deal more damage to them. The best part is that you can reset the cooldown of her weapon’s skill by breaking a shield. You can potentially spam your abilities multiple times during a single fight; allowing you to deal even more damage.

Having a good DPS build will allow you to do better in PvE and PvP. However, since there are tons of DPS characters in the game, it can be overwhelming to find the ideal build. Worry not because we have gone ahead and listed the best DPS build that you can try right now.

We talked a bit about Samir before but let’s talk about her in detail. She is the best DPS character in the game right now. So, if you have her, make sure that you use her to make your DPS team. We will talk about what she does, what team suits her best, and how you can make her perform better.

Ideally, the best DPS team comp in Tower of Fantasy consists of Samir, Nemesis, and King. The reason why this is the best DPS team composition is that you have everything you need. Samir is a high DPS character that can shred through enemies swiftly. On top of that, if you are facing someone with a massive shield, you can use King to destroy it.

Finally, having Nemesis means that you have tons of utility and sub-DPS in your team.

You can go for a support team comp by swapping King with Zero. However, that will reduce your shield-breaking potential. While you will sustain your team a lot, you will have a harder time against tough bosses and enemies.

The reason why this is so good is that Samir can paralyze her enemies thanks to her Volt passive. While they are paralyzed, your attacks will deal enhanced damage, and the enemy will not be able to guard.

Plus, your Volt removes all buffs from the enemy as well. So, if they have any HP or other buffs on them, you can easily negate that.

As she is a DPS character that uses a pistol, she is naturally a ranged damage dealer. The ideal way to play as her is to keep your distance and attack the enemy. If they get too close for your liking, use your abilities to back off and continue fighting.

Samir has an ability that allows her to launch herself in the air and slam the ground. This can be used to either reposition yourself or deal damage to all surrounding enemies.

These are all the skills for Samir:

Matrices are weapon attachments that provide stat boosts and special effects. There are 4 slots on each weapon; Emotion, Mind, Belief, and Memory. To enhance these effects, you need to either have 2 of the same characters set. If you want to maximize their potential, you will have to use the 4-set.

Each character has 6 Awakening Traits that can be unlocked by improving your relationship with the Simulacra. Out of all the traits, there are two that unlock unique abilities. These two unique Awakening traits will affect your gameplay the most.

And there you have it that’s everything you need to know about the Tower of Fantasy DPS build guide. Hopefully, this guide assisted you in making a good build for your characters so that you can be better at PvE and PvP.

What are your thoughts about the game so far? Which DPS build and character is your favorite? We would love to know your thoughts in the comments below.