VALORANT may be a free-to-play shooter at heart, but it has enamored its player base with paid weapon skins that serve as aesthetic vessels of joy and opulence.

And what’s more iconic in the world of FPS shooters than a good knife skin?

While some players are turned off by the idea of spending cold-hard cash for pixels on the screen, there’s no denying the appeal of a well-designed and coveted item.

And let’s face it. Having a good-looking knife in your hand can make rushing away from spawn or crouching behind your opponent’s back feel so much more special.

That said, let’s look at the best VALORANT knife skins in the game right now!

Note: These VALORANT knife skins don’t affect gameplay in any way, shape, or form, nor do they help improve aim. The author ranks them purely based on their aesthetic and visual qualities.

One of VALORANT’s first premium swords tops our list. And with its luxurious grip and shiny blade, it’s hard not to see why.

The Sovereign Sword is the main knife in the Sovereign Collection. It has a golden grip, a golden crossguard, and a blade with a curved edge. A hole has also been cut out of the sword’s blade, presumably for better aerodynamics.

Upon inspection, the sword’s length measures from the screen’s tip to tip—much longer than the game’s default knife. And after each slash, you can hear a subtly creaky and swordlike “whoosh” as the blade cuts through the air.

But the magic doesn’t stop there. Upon leveling up, a majestic sky-blue glow emanates from the sword’s blade, making it look even the more cool to look at.

From its unique draw animation to its thematic design, there’s nothing quite like the Celestial Fan in VALORANT. Released during Chinese New Year, this melee weapon unashamedly pays homage to its date of origin—the Year of the Ox.

The blade is inspired by traditional Chinese folding fans, complete with a gradient of blue and warm colors and Chinese symbols sprawling the entire length of it.

When inspected, you see the fan in all its glory. In its default state, however, you can see the tip resembling an ox with sharp horns—presumably, the part that does the slicing and dicing.

The Ruin Dagger is the final reward after completing the Battle Pass of Episode One: Act Three in VALORANT. From its sleek edges to its gold edges, the Ruin Dagger is a subtle and silent beauty.

It doesn’t boast the same amount of flashiness as many other knives on this list, but it doesn’t need to—the fact that it’s a Battle Pass item is more than enough to get people talking about it.

This weapon has a lot of charm, from its double-edged appearance to its lovely Karambit-like draw animation. The fact that it’s not readily available in-game makes it all the more elusive too, especially as more knives dilute the market.

Have you ever wanted an RGB knife with built-in sound effects accompanied by sound waves? Look no further than the Spectrum knife—a weapon created in partnership with the artist ZEDD.

What makes this VALORANT knife so special is its satisfying sound animations that move to the beat of its own sound effects. On top of that, the knife’s upgraded VFX changes color cyclically, from red to blue to green.

Perhaps one downside is its hefty price tag-the largest of any knife in the game currently. But if its higher price doesn’t deter you, it’s a good knife to jam to as you smash Y (or whatever your VALORANT keybind is for weapon inspection).

The Tethered Realms Collection is designed to be a mix of the Forsaken and Sovereign skin bundles, two themes that are diametrically opposed. And this melee brilliantly encapsulates this concept, with two distinct swords swung in a single draw animation.

The bigger blade is made of a sleek, black metallic material with a striking but subdued green finish. This blade is the sword seen from the Sovereign gun finisher. And as you equip the main weapon on your right hand, you also equip a smaller blade. The smaller blade is the smaller, curvier knife in the Forsaken collection.

If you’ve ever wanted a two-in-one deal, then you definitely will enjoy this weapon.

The Prime 2.0 Karambit is the epitome of style and suaveness.

Featuring a golden safety ring, a half-coated gold, and metal blade, and a sharp, pointy edge, this weapon is a good choice for any VALORANT player looking to buy their first knife.

While its popularity has dwindled as a result of its age and the introduction of better-looking melees, this classic knife still looks, if I may say, at its prime.

Ultimately, it’s up to you if you want to upgrade its VFX or not, as some would say the base model has a much cleaner pull-out.

The Magepunk Electroblade is the Magepunk collection’s trademark knife. This melee weapon fuses sci-fi and futurism in a single blade—and it does so exceptionally well.

Released in April 2021, this knife has a very distinct classical look with a polished wooden hilt and jagged side edges. It also features a magical glowing force of energy, unique brow grips, and a classic palette of browns and golds.

If you’re itching for a knife with urban, gritty, and sci-fi undertones, or main VALORANT characters like Chamber, this one’s your best bet.

The Origin Crescent Blade is a beautiful and magical weapon that hails from the Origin collection. Not only is this crescent-shaped blade marked with its thin and sharp edges, but patterned green markings are also seen running along the black metallic finish of the blade.

Just like the Celestial Fan earlier in this list, the Origin Crescent Blade has quite a unique and head-turning design. Speaking of turning, don’t miss out on this blade’s VFX! The inspect animation rotates the blade as it’s suspended in the air, like a constellation, lasting indefinitely until it’s recalled.

Blade of the Ruined King

If you’re of the belief that bigger is better, or are an enjoyer of the Dark Souls Trilogy, the Blade of the Ruined King is one VALORANT knife that may appeal to you.

The cool thing about this knife is that the view model is so much bigger than a regular tactical knife, your character is practically forced to hold it horizontally to fill the screen.

While the size doesn’t make it any better than other knives, the chilling and mysterious aura, as well as its dark fantasy and medieval style it emanates, makes this weapon a fun one to equip.

If you enjoy spinning the Butterfly Knife animation in CS:GO, the newly-released RGX 11z Pro Firefly in VALORANT offers the same visual stimulus that you know and love.

Released on April 27, 2022, the same day the Episode 4 Act 3 Battle Pass was released, this knife is the newest one released among the knives on the list.

While butterfly knives like the Recon Balisong have long been found in countless VALORANT maps and games, the vibrant and colorful design of RGX 11z Pro Firefly makes it slightly a better pick.

But if your preference lies in the Recon Balisong, then hey, we don’t blame you for that either! 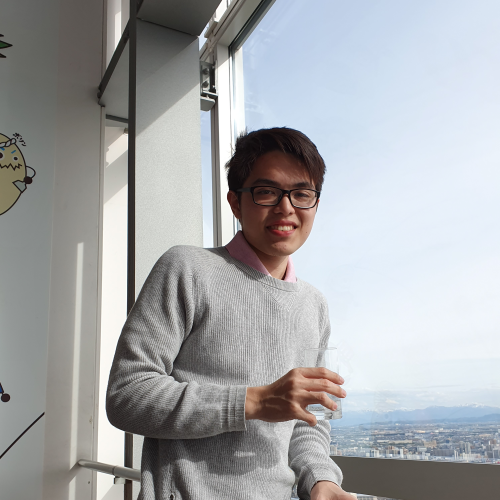