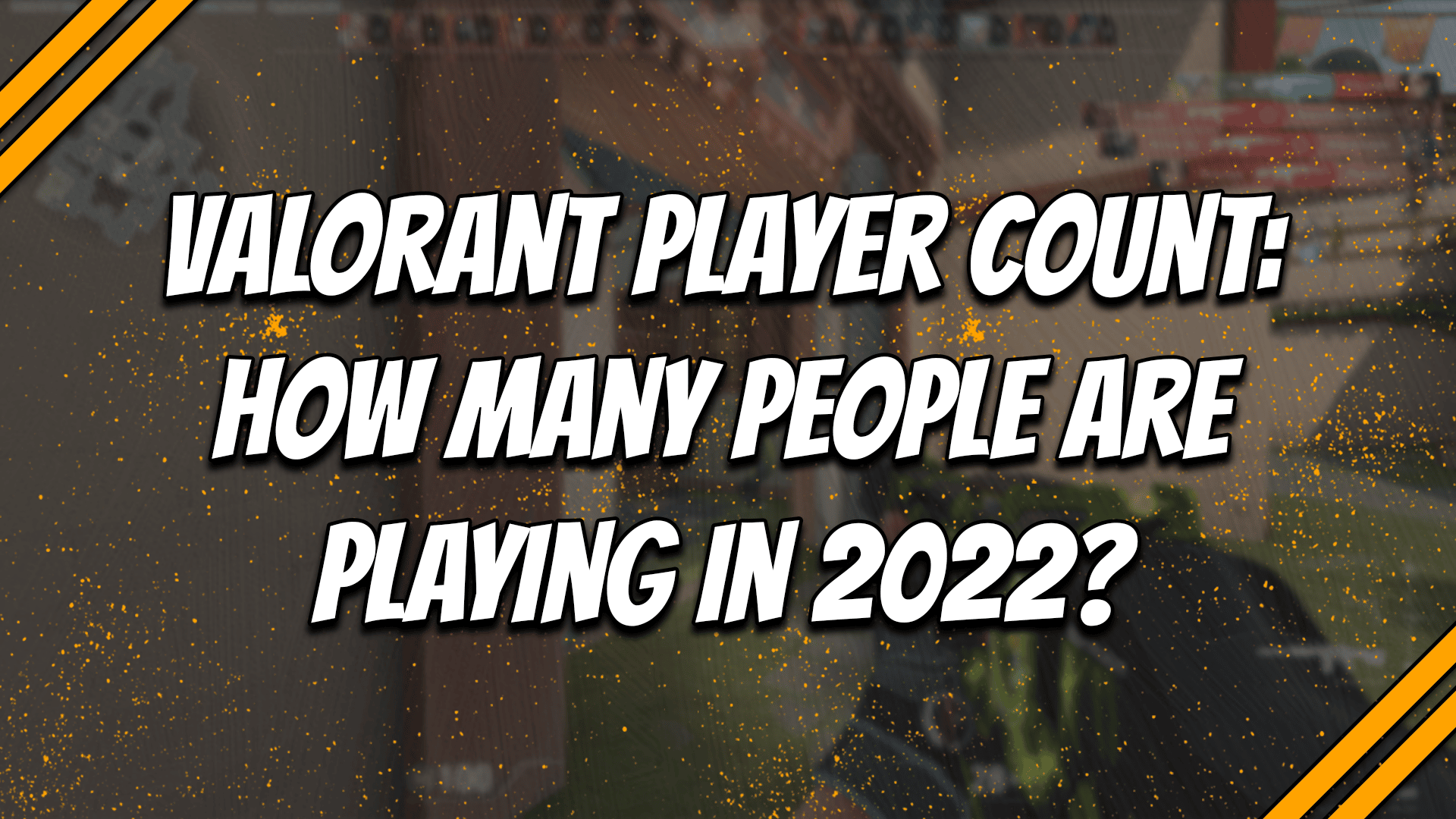 Have you ever wondered how many people still play Valorant? Well, we’re here today to break it down. Here’s the Valorant player count in 2022.

Valorant is a free-to-play FPS game developed and published by Riot Games. It’s one of CS:GO’s biggest rivals in the shooter genre. Valorant comes with a unique twist, though. It features different agents, each with special abilities like flashes, smokes, pulls, reveals, and damaging skills, among others that can help you throughout the game. The Valorant agents are divided into different roles that each fulfill a purpose within the team. However, no two agents are the same, making it a much more unique and unpredictable game.

Valorant was a huge hit. It had insane popularity and viewership on Twitch, especially during its beta days when you could only get access to the game through Twitch drops. Nowadays, the viewership has dropped, but it’s still one of the world’s most played and most streamed games.

People often throw the term “dead game” around whenever a game’s player base declines or some of its hype dies down. It’s an often misused word that gets overblown out of proportion. Let’s define it to help us better understand what a truly “dead game” is. Let’s finally answer the question, “Is Valorant dead?”

What is a Dead Game?

First off, a “dead game” can be defined as a number of things. Urban Dictionary defines it as “a video game with less than 1,000 players.” However, this isn’t exactly the most reliable source because anyone can pretty much define words or phrases on Urban Dictionary.

In general, a more realistic “dead game” definition would be something that has extremely long queue times, a non-existent or very small community, and little to no regular updates from the developers.

This is a more reasonable and accurate definition of a “dead game,” and I think that a majority of the gaming community agrees with this. You simply can’t throw around the term “dead game” just because it isn’t pulling the same number of viewers on Twitch or that it doesn’t have the same player base since launch.

Is Valorant Actually A Dead Game?

Now that we’ve defined what a truly dead game is, it’s time to determine whether Valorant is actually dead. I’m going to save you some time and straight-up tell you that Valorant isn’t a dead game. It’s quite the opposite, actually.

Valorant had insane hype during its early days due to the beta’s exclusivity and the game’s uniqueness. However, anyone in their right mind would know that these numbers would never be sustainable in the long run.

We live in a world where there are countless amazing games that you can play. You don’t have to stick to one game, and that’s why Valorant has slowly lost some of its hype and popularity. However, it’s far from a dead game. Tons and tons of people still watch and play Valorant every single day.

Valorant’s player base still continues to grow, Riot Games regularly updates the game, and the community is alive and booming. It’s far from dead; a recent surge in players has even been recorded earlier this year. Everyone saying that Valorant is a dead game are either just trolls or haters looking for attention.

The total concurrent players are the number of players that are simultaneously logged in and playing Valorant at a given time. On the other hand, the total Valorant player count includes all of the active Valorant accounts.

Total concurrent players aren’t a good basis when it comes to the total valorant player count. However, it’s an excellent metric to use to determine how active the players of the game are and how fast queue times are going to be.

Overall, both of these metrics are good indicators of a game’s overall health and growth.

For today’s numbers, we will use Active Player as our basis. They offer detailed stats regarding monthly player counts, active daily players, and a live concurrent player counter for various games.

Active Player publishes these numbers based on the data they gather across various sources. They then compile these data into a single graph that can be viewed on the website. It’s important to remember that these aren’t 100% accurate since they are still estimates. However, these are really good indicators and should be relatively close to the actual numbers.

As you can see from the data above, Valorant peaked at around 15.7 million monthly players and approximately 1.5 million daily active players. Over the past 2 years since Valorant was launched, it has pretty much sustained its total player count, meaning that it hasn’t lost any of its popularity. Riot Games has done a pretty good job at keeping the game refreshing and enjoyable for its player base by releasing regular updates and introducing new content to the game.

For 2022 alone, Valorant’s lowest monthly player count was at 14.5 million back in January 2022. This number steadily grew to 15 million over the past few months. This is most likely due to the introduction of a new agent in Fade.

The players also slowly declined towards the end of the season from May to June, showing an over 350K loss in players. However, this was quickly turned around over the last 30 days, showing a nearly 500K player gain, bringing the average monthly players back to its peak. This is probably due to the beginning of a new episode and the addition of a new Valorant map called “Pearl.”

The number of concurrent players can be a little harder to track because it’s constantly changing. However, it usually lies somewhere between 400,000 and 800,000 active players. This is a pretty huge and healthy number that can help keep Valorant queue times short.

As we can see from the numbers, Valorant is far from a dead game. It’s actually quite the opposite. It’s a game that has sustained its total player count ever since it was released 2 years ago.