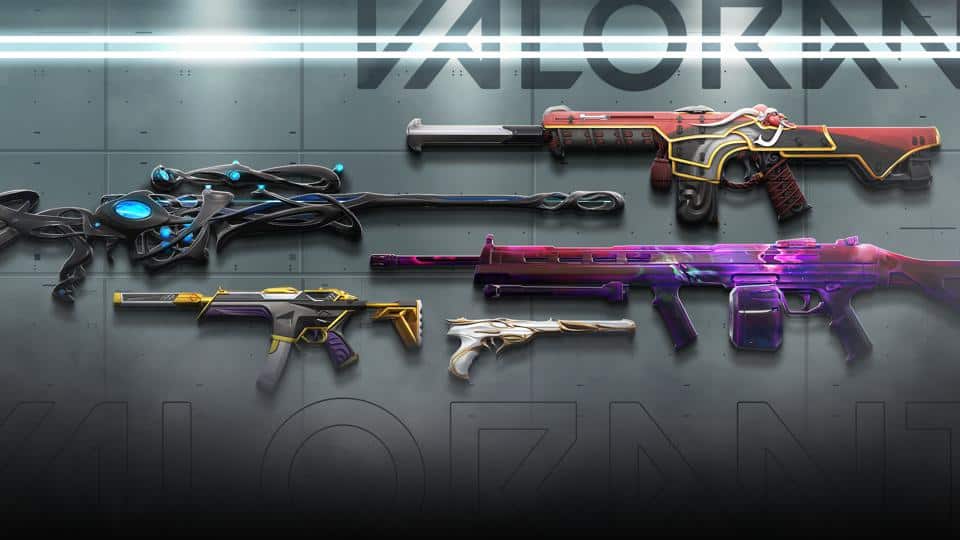 Riot already released numerous skins for Valorant. Some skins stand out from the rest, and these Valorant skins deserve to get a second bundle.

The two games share many similarities, but Valorant offers a more unique experience thanks to its various agents’ skills. In the most basic terms, Valorant is what you get when you combine CS: GO and Overwatch.

Valorant is a free-to-play game meaning that Riot gets its profits elsewhere. Riot mainly generates profits through selling cosmetics. These cosmetics range from weapon skins, gun buddies, player cards, sprays, and even titles.

These cosmetics are purely decorative and offer no in-game advantage whatsoever. However, the skins add some additional personality and flair to the game.

Riot usually introduces these skins in bundles and offers a discounted price tag within the first week or two. Afterward, you can only buy the skins when they randomly appear in your daily store rotation at full price.

Each skin looks different, each offering unique finishers, animations, and color schemes. Everyone who plays Valorant has at least one skin line that they like. We’ll be featuring some of the best Valorant skins released, which we think deserves to get a new bundle.

Top 5 Valorant Skin Collections To Get A Second Bundle

The Prime and Glitchpop skins already got their second bundle, with a variation on the Sovereign skins set to release with the new Act. Let’s take a look at five other skins who haven’t received second versions yet.

The Reaver bundle is one of the original skins in Valorant. It was already featured during the closed beta phase, and fans already loved it from day 1.

It led to a lot of confusion and outrage from fans when Riot didn’t include the Reaver Bundle when Valorant was officially released. The Reaver skins were one of the best skins during the beta, and people loved its dark look.

After months of waiting and demanding Riot to release the Reaver bundle, they finally answered the fan’s prayers in patch 1.11.

The Reaver received an updated look, different colorways, and a great-looking finisher animation. It is one of the most popular skins currently in the game today.

The Reaver Collection includes a knife, Sheriff, Vandal, Guardian, and an Operator. It also costs 7,100 VP.

A possible Reaver Collection 2.0 could include a Classic, Bucky, Bulldog, Odin, and a knife. It should also cost 7,100 VP for the bundle. I think that both the Bucky and the Odin are great fits for the Reaver line, thanks to its deep bullet sounds.

The Oni Collection has a unique aesthetic to it because the bundle is inspired by Japanese folklore. The word “Oni” is a kind of demon or ogre in Japanese mythology.

Oni’s are usually red, white, or blue in color and have one or more horns. This heavily inspired the design of the bundle, notably the knife.

Its finisher also looks fantastic. It seems as if you were capturing the soul of the enemy you just killed.

The Oni Collection includes a knife, Shorty, Bucky, Guardian, and Phantom. It costs 7,100 VP for the whole bundle.

For the 2.0 version, it would be great to see the Sheriff, Stinger, Vandal, Operator, and a different version of the knife. The animation is already fantastic, but they could slightly change it as they did with the Prime 2.0 bundle. It should also retain the 7,100 VP price.

The bundle was released with Act 3. At first, it was overshadowed by leaks of the new map and the new agent. Still, it started to gain attention when the new gun animations got leaked.

Singularity’s finisher is heavily inspired by this. A black hole literally appears and sucks the body of your opponent into it.

I personally think that the Singularity Sheriff has one of the best reload animations in the game. It’s a small detail, but the gun pulls the bullet cylinder into it.

The Singularity Collection is a relatively expensive skin line. It costs 8,700 VP and includes the Sheriff, Spectre, Ares, Phantom, and the knife.

A knife, Ghost, Judge, Vandal, and the Operator are what I hope will be included in a Singularity 2.0 bundle. It would be interesting to see if they could implement the Sheriff’s reload animation with the Judge.

The Elderflame line is an impressive-looking skin line that really brings the guns to life. It is one of the most expensive Valorant skins, but that doesn’t stop people from buying it.

The whole skin concept is clearly based on dragons, and Riot did an outstanding job of implementing it into the game.

Its main selling point comes from the gun animations. Everything from equipping the gun, firing to reloading has its own unique movements.

The gun just feels so alive; the dragon literally pulls the magazine away from you when reloading. It’s simply fascinating to watch and could distract you away from the game.

Not to mention that it has a terrific finisher where a dragon breathes fire and incinerates your enemy.

Many people are definitely waiting for a new Elderflame bundle. They can’t wait to see how Riot will implement the animations to other guns.

The Elderflame bundle contained a knife, Frenzy, Judge, Vandal, and Operator. It’s the most expensive bundle in the game, coming in at 9,900 VP.

It would be exciting to see how Riot will incorporate the liveliness of the Elderflame skins to the Sheriff, Spectre, Phantom, Odin, and a new knife. The 9,900 VP price tag is definitely steep, but I think that it’s worth it considering the number of animations that the skins come with.

The Blast X bundle has a colorful Buzz Lightyear-like base color theme. It clearly gets inspiration from Nerf guns.

It has a specific aesthetic to it that just makes sense. It’s very creative and can appeal to a younger audience.

The skins are fun to look at, and the extra details to the bullets being foam darts are lovely. The sound of the firing of the guns is impressive. Even though the guns look and sound like they can’t harm you, they still do the same amount of damage.

The Blast X bundle features a retractable knife, Frenzy, Spectre, Phantom, and Odin. It’s among the more expensive bundles with a price tag of 8,700 VP.

The original bundle clearly focuses on guns that spray. Hopefully, the Blast X 2.0 bundle features more shotguns like the Shorty and the Judge, matched with the Vandal, Marshall, and a plastic knife.

It would be interesting to see what the foam darts would look like with shotguns and what new finisher they will introduce to the bundle.