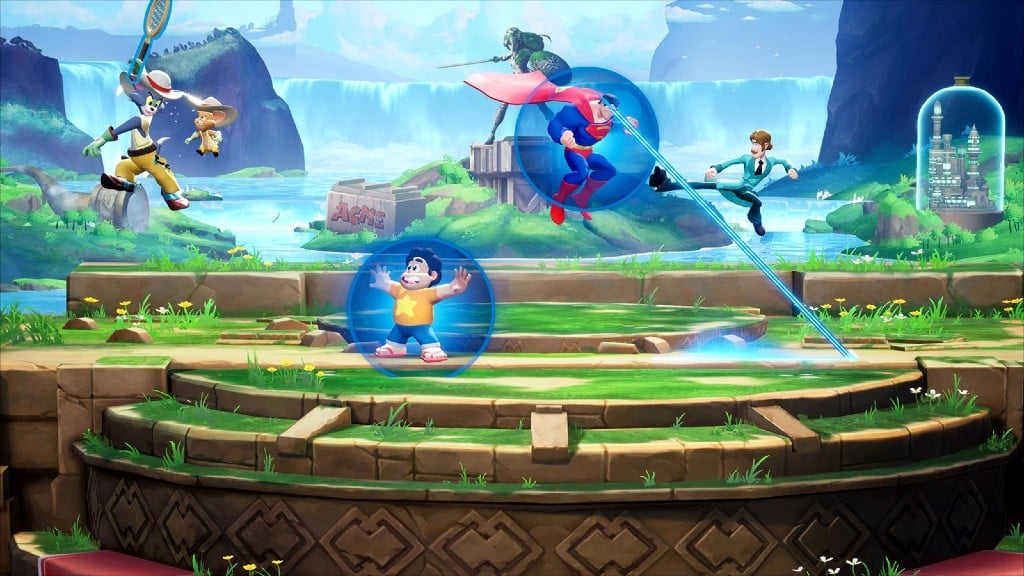 There is over 4 minutes of Multiversus Gameplay Leaked, and the origin was a user on NeoGaf forums. We have to acknowledge that the leak looks fairly authentic, or someone seriously needs to get hired by Warner Bros. for making a fan copy this well made.

The new Multiversus Gameplay Leaked shows us a variety of fights between familiar characters like Batman, Harley Quinn, Velma, and other favorite DC characters. While we have very little info on Multiversus gameplay, you can have a look at the game through this very convincing leak that looks too real for it to be anything else.

You can see that this does indeed look like Multiversus, and perhaps is taken from an ongoing Alpha/Beta test for the game. While Warner Bros has yet to confirm a release date for the title and has only said 2022 thus far, we should hope that the game releases this year.

Multiversus is going to be one of the more obscure releases from Warner Bros. this year. the studio is already working on a plethora of superhero titles such as Suicide Squad, Gotham Knights, and more, but this project of theirs stands out the most in the fact that it is something unprecedented and is very unique.

While the Smash Bros formula was tried back with Playstation through PlayStation All-Stars Battle Royale in 2012 for the Vita and PS3, this is looking like a unique take on the genre, but Brawlhalla is also not playing around when it comes to including characters from TV shows and video games.

While the game is basically Super Smash Bros but with DC characters in the mix, this does indeed look fun to play, and could offer a lot of fun for people.

What are your thoughts on the leak? Let us know in the comments section below.