Where to find the Oxygen Suit in Biomutant 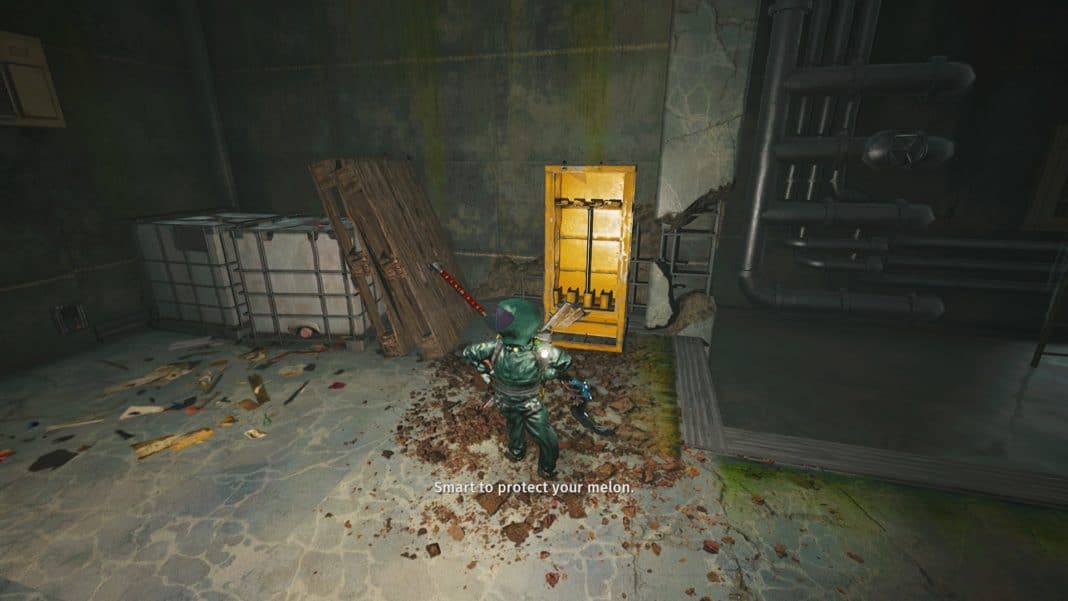 The Oxygen Suit allows you to freely explore Dead Zones without the need for the Mekton or taking damage. Read the guide to find out where to find the Oxygen Suit in Biomutant.

Just like the other zones, a meter appears on the top right part of your screen. While in a Dead Zone, you’ll start taking damage when the meter reaches 50% and gradually increases the longer you stay in the zone.

The first Dead Zone you’ll encounter is the one west of the Chugyard. This is the area where you’ll meet Gizmo, where he’ll require you to enter the Dead Zone. However, this first Dead Zone shouldn’t be a problem for you, thanks to the Mekton that Gizmo gives you.

Gizmo will give you a Mekton after you salvage a few parts for him. You’ll then be able to ride the Mekton without worrying about Hypoxia. Once you leave the Mekton, though, the meter starts running again. You should be able to use and summon the Mekton freely within this area.

Unfortunately, you can only use the Mekton within this portion of the map. Summoning it outside this Dead Zone won’t work, so you’ll still need to get some Hypoxia Resistance one way or another.

Follow the steps below to find out where exactly to find the Oxygen Suit in Biomutant.

The Oxygen Pingdish side quest should automatically trigger once you’ve entered the Dead Zone near the Chugyard. This should mark the location of the Pingdish for you. Even though the Oxygen Suit quest is the earliest suit quest you trigger, it’s one of the last suits you can actually get.

Unlike other resistances, you can’t get some Hypoxia Resistance by spending Bio Points. Instead, you’ll mostly have to rely on clothes and armor to get your Hypoxia Resistance to 100%. This makes getting the Oxygen Suit that much more important.

Once you’ve selected the quest, a Pingdish should be marked on your map. It should be located a little bit northwest of the Fume Foundry in the upper portion of the map. The area is named Pingdish 11H, with Wonderwares nearby.

After arriving at the Pingdish, there are going to be some enemies fighting each other. The hardest ones to take down are the moose-like creature Sops Nud and the large armored enemy. There’s also a turret, 1 ranged, and 3 more melee enemies in this area.

The best way to take them down is to simply let them fight it out and damage each other. Takedown the turret first since it will be annoying to fight while dodging a turret firing at you. Next is to take down the smaller range and melee enemies. Next, focus on the large armored enemy and finally take down Sops Nud.

Don’t forget to find the five superb loot items scattered in the area before leaving.

The signal should direct you towards Bangshelter 11I, which is around 600m away from Pingdish 11H. Bangshelter 11I is located in Kluppy Dunes, just southwest of the Fruckle village.

Kluppy Dunes is a Heat Zone, which means you’ll need to bust out your Heat Suit or other clothes with high Heat Resistance. This is the main reason you’ll likely have to get the Heat Suit first before getting the Oxygen Suit.

Near the entrance of the Bangshelter, you’ll be greeted by two mount-like enemies. At first, I honestly thought that these creatures were new mounts and were surprised that they were actually enemies. They are called Jed Fonsi and are the mini-boss for this area.

You can also completely bypass the Jed Fonsi by simply running straight for the stairs behind the building to enter the bunker.

Once inside the bunker, you’ll have to fight a few more enemies. They should be easy to take down; just make sure to take them on one-by-one, so you don’t get overwhelmed by their numbers.

After this, just continue exploring the bunker until you reach the room with the suit locker. Then, just interact with the locker and claim your new Oxygen Suit.

Before heading out, be sure to claim the seven total superb loot items in the bunker.

The Oxygen Suit is the only environmental suit that comprises four parts. The O2 Tank, Airtight Hood, Airtight Pants, and the Airtight Jacket. To be fair, though, the O2 Tank is more of an accessory to the suit and only has an Uncommon Rarity 20.

The rest of the suit carries the same Ultimate Rarity 100, similar to the other environmental suits found in the game.

The Oxygen Suit is a vital set to obtain since it helps you explore the other Dead Zones where the Mekton isn’t available. Mixing and matching it with other armor is definitely a good way to keep your Hypoxia Resistance at 100% while still having decent armor and stats to face enemies.

Now you know exactly where to find the Oxygen Suit in Biomutant.