Why The Division 3 Won’t Be Coming Out Anytime Soon 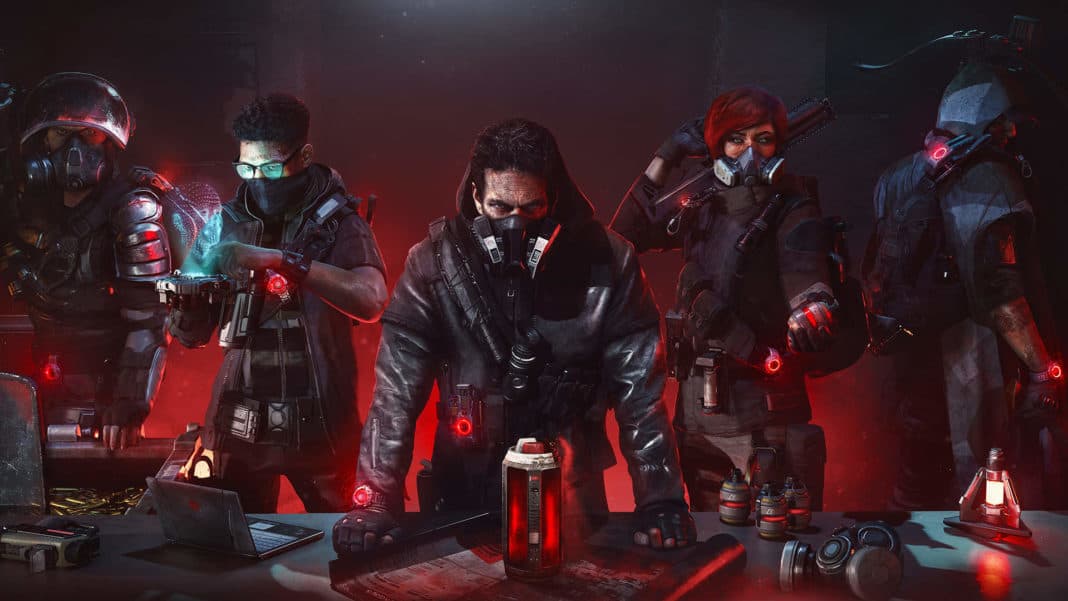 The Division games were a brand new IP introduced by Ubisoft with the PS4 and Xbox One. With the ability to utilize the power of the then next-gen consoles, Ubisoft made a dynamic world that was close to an MMORPG experience without the monthly subscription model. However, with some new developments, here are some reasons why we won’t be seeing The Division 3 for the foreseeable future.

The Division 1 launched in 2016 and The Division 2 launched in 2019. With this basic equation, fans hypothesized that the next game in the series would drop in 2022. However, that might not be the case with the events that have occurred in the last year, and even before.

The Division 1 & 2 talk about a virus that devastated New York City and Washington City, giving rise to rebels and radicals who seek survival by any means necessary. Both games cover the idea of a total economic and societal collapse of civilization that leads to showing how far humans would be willing to go in a post-apocalyptic society.

While we aren’t talking about a nuclear fallout here on the likes of the Fallout series, both games show a city that is far from being the civilized world it once was, and the law of the jungle has prevailed – kill or be killed.

This is where The Division was formed. A specialized group of autonomous operatives in the field were sanctioned by the government with training to restore order to the communities from the aftermath of the disasters. These are sleeper agents who act like like ordinary citizens and are ‘awoken’ when catastrophic events occur.

As Division agents, players will have to embark on a variety of missions that range from rescue, retrieval, clearing buildings of threats, and fighting off terrorists trying to keep the new world order prevailing

While the DLC in each of the games adds more missions, lore, and elements to the story, we are just talking about the base game here and what the games entail by their narrative.

First off, let’s talk about the games as a product.

The Division 1 had about $330 million in sales, which was the record for a new IP for Ubisoft. The Division 2 sold over 10 million copies during the lifespan of the PS4 and Xbox One, but Ubisoft has later revealed that this was not enough to meet expectations set by Ubisoft. Prior to the latter announcement, The Division 2 was then put on a sale for $3 on Steam, PSN, and the Xbox Store.

This will be the first time in a long time that Electronic Arts will not be the lead publisher or developer on a Star Wars game.

According to the last numbers, we know that Massive Entertainment is a studio that comprises over 650 staff.

With a studio that size, two major IP’s is a lot of stress. For context, Cyberpunk 2077 was made by a team of 500+ individuals, which was larger than the team of The Witcher 3. This was just one game that had a massive scope and a very rushed development.

If we discount that Avatar will be a linear experience and not an open-world game, that still puts Massive Entertainment in a tough spot of developing an open-world Star Wars game which in itself is a significant challenge.

If past experiences have taught us anything, a studio the size of Massive Entertainment can not handle three AAA IP’s at once. With regards to the timeline, those games would be The Avatar Game, Open-World Star Wars, and The Division 3.

The last we heard from Red Storm Entertainment, is that the studio will help make an Assassins Creed & Splinter Cell game for the Oculus Quest. The studio’s employee strength is roughly 130+ employees as of 2018.

Further, on the 2nd of February, 2021, Ubisoft announced that Massive Entertainment would continue to make content for The Division 2, despite their current workload. This was evident with a 4K/60FPS patch for the game for the PS5 and Xbox Series X, and a Capcom/Division 2 crossover event.

Why not let another studio handle the IP?

Great question. When we look at the umbrella of other studios currently owned by Ubisoft, we see that they are already working hard on other precious IP’s.

Respawn Entertainment is working on Apex Legends and a new Star Wars game and while this may or may not be a sequel to Star Wars Jedi: Fallen Order, we don’t know if Respawn is working on two Star Wars Games or one.

Along with their own regional offices, we know that Ubisoft India was formerly working on a Prince of Persia Sands of Time Remake, Ubisoft Toronto is working on Far Cry 6, and so forth.

The list will be endless if we have to list every Ubisoft studio that’s working on a game, but the bottom line is that Massive Entertainment and Red Storm are two studios that know how to make a massive open-world game like The Division 3.

From the above, a majority of the work was done by Massive Entertainment and Red Storm Entertainment with the other studios providing supplementary assistance during the course of development.

Had it been a smaller IP or game like the Prince of Persia Sands of Time Remake, or Scott Pilgrim Vs The World which has much smaller budgets and lesser expectations when compared to their main IP’s such as Assassins Creed or Far Cry, Ubisoft is a studio that is not willing to take a gamble with an IP that expects investment and returns in the triple digits.

We have seen the development behind both games required numerous studios, so it’s not as easy as just giving the IP to a single studio, Ubisoft will have to allocate multiple studios together to work on the new game.

When the budget is in the 2-digit or 3-digit figures followed by a million, and expect that IP to be a success, with returns that also favor investors and shareholders. This is why Ubisoft would rather shelf an IP and return it when the time is right like with Prince of Persia or Splinter Cell (even if it’s a VR endeavor).

Lastly, 2021 has already been a rough year for Ubisoft. The studio has yet to release a major AAA title. So far Ubisoft has only released DLC for Immortals: Fenyx Rising, and Scott Pilgrim Vs the World.

We still don’t have a fixed release date for these games and we don’t know what Ubisoft has planned for 2021. We are still in the dark about a new Assassin’s Creed entry, or other AAA games from Ubisoft.

As such, The company is taking their time to get the other games out the door before focusing on giving The Division 3 to a new studio, and seeing if that studio has the mettle required to handle an IP of that scale and scope that the game demands.

For now, if you have the chance to play The Division 2 and enjoy all the offerings of its season pass, we highly recommend you indulge yourself.

It will be quite some time before we see The Division 3 sprout up, with all the load that the Ubisoft, Massive Entertainment, and Red Storm have on their plates, we can roughly put The Division 3 in the 3-4 year ballpark where we might hear about the game, and a possible release.

For now, if you want to be a Division agent, there is no time like the present.