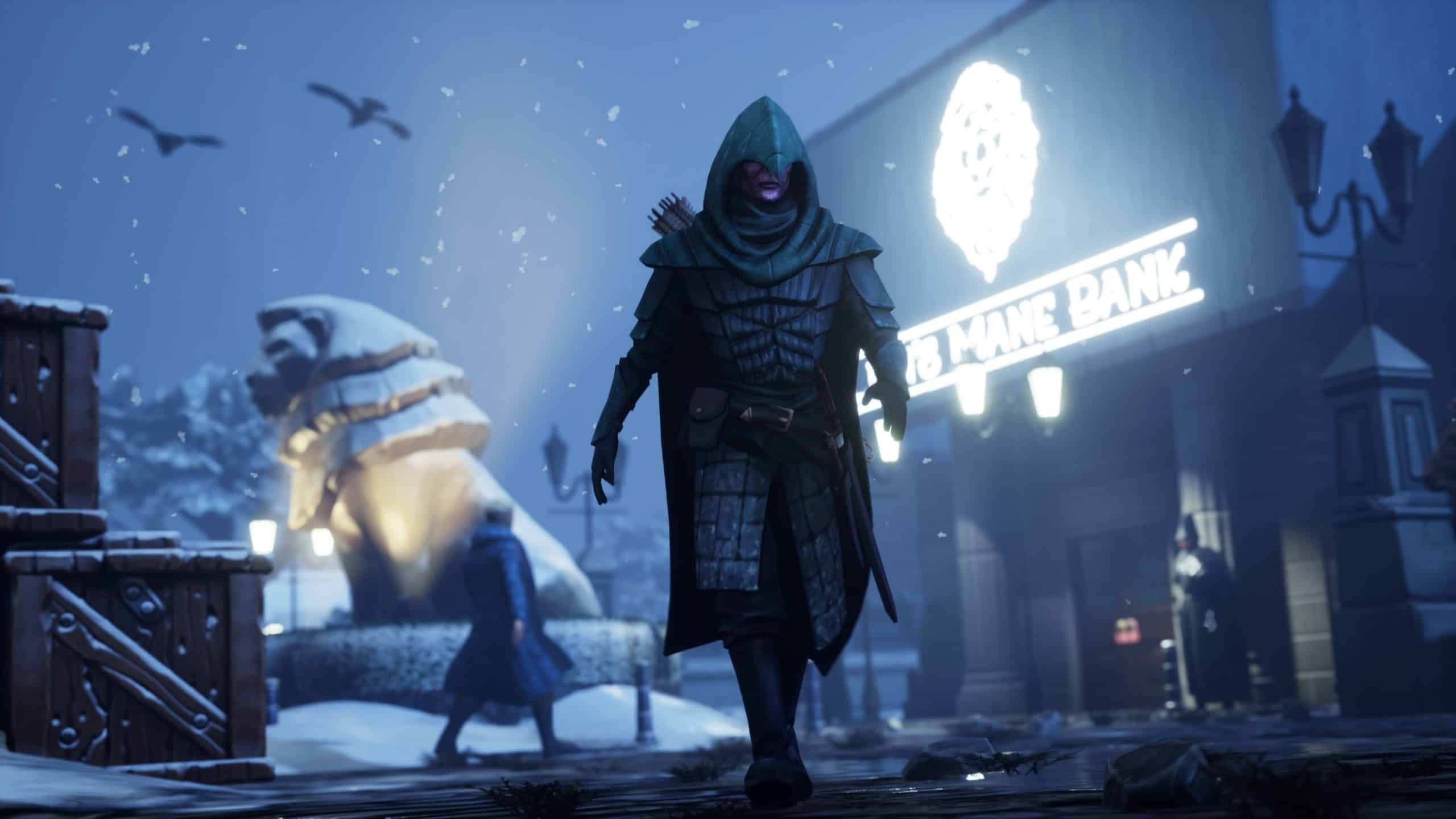 Blowfish Studios has announced that Winter Ember is coming this April 2022. The latest trailer showcased the strengths of this sandbox action game such as stealth, crafting, and skill tree.

The game was first announced in 2019, and finally, after years of waiting, it is within reach.

Now, here are the things you should know before buying the game on its release.

The latest trailer revealed that “revenge begins in April”, hinting for an April release. But after a few days of waiting, the Steam listing confirmed that the game will come out on April 19, 2022.

The game will arrive on the Xbox Series X|S, PlayStation 4 & 5, Xbox One, PC through Steam and GOG, and Nintendo Switch.

The release date trailer not only revealed the date but also provided a glimpse of the Winter Ember gameplay.

If you are a fan of the Assassin’s Creed series then the game will feel familiar. You will have to navigate the streets of Anargal, avoid getting detected, and slay enemies.

Besides the stealth aspect, crafting elemental arrows is also important. The following elements – smoke, fire, sleep, water, poison, and many more may be used to traverse the streets safely.

For example, the trailer shows Arthur putting off the candle by shooting an arrow at it. The rope arrow also expands maneuverability as it allows you to ascend the mansions and prisons.

Like other adventure games, Winter Ember allows personalization by different upgrade paths – each providing a unique set of skills that you may use.

There are three main playstyles in the game. You may choose combat, stealth, or utility. Skill points are used to upgrade skills and abilities.

One example shown was the Descending Blade under stealth. If you choose this option, you will gain the ability to throw a dagger at your enemy for an instant kill at level 3, or a 30% lethal dagger chance at level 1.

This kind of customization makes the experience different for each and every one.

“Within the darkness, the truth can be revealed, and we can’t wait to let players uncover the mysteries of Anargal,” Lee added.

Winter Ember follows the story of Arthur Artorius, a noble who’s been thought to be long dead, as he plots his revenge against the eye of Greater Heaven – a religious faction that has its own military and is set to “cleanse the world of darkness”.

It is then up to Arthur to use his skills, stealth, and strength to rid of the tyrants and free his city from its control.

“Uncover the secrets behind a grand conspiracy afflicting Anargal and right its injustices,” Blowfish Studios said.

Will there be a gameplay trailer?

As of the moment, the announcement trailer is the latest one from Blowfish Studios. It shows a glimpse of the gameplay and what to expect.

However, a dedicated gameplay trailer expounding the crafting, stealth, and other gameplay aspects might arrive as the release date gets closer.

If not, then that is a good move from the developers too as it provides players the freedom to explore the game by themselves. It adds to the immersion that players would feel while playing the game.

Winter Ember is not that graphics extensive considering that there is a Nintendo Switch port coming. But for PC players who want the best possible visual experience, here are the system requirements.

If you have an older system, don’t worry as these are the minimum requirements.

If you want to run ultra settings on these games at 1080p here is an ideal build. Take note that this is not the final recommendation yet as the game has not been released. Turning down some settings might be needed for optimal performance.

Alongside the video game, fans may also purchase a graphic novel of the same title. It is written by Kevin Grevioux.

Grevioux was the creator of the Underworld and I-Frankenstein film franchises. He is also a writer for Marvel and DC Comics.

The illustration and artwork are produced by Christ Awayan with Ben Herrera as the cover artist. Emmanuel Ordaz Torres is the colorist and Justin Burich does the lettering.

You may purchase the graphic novel and support the makers here.