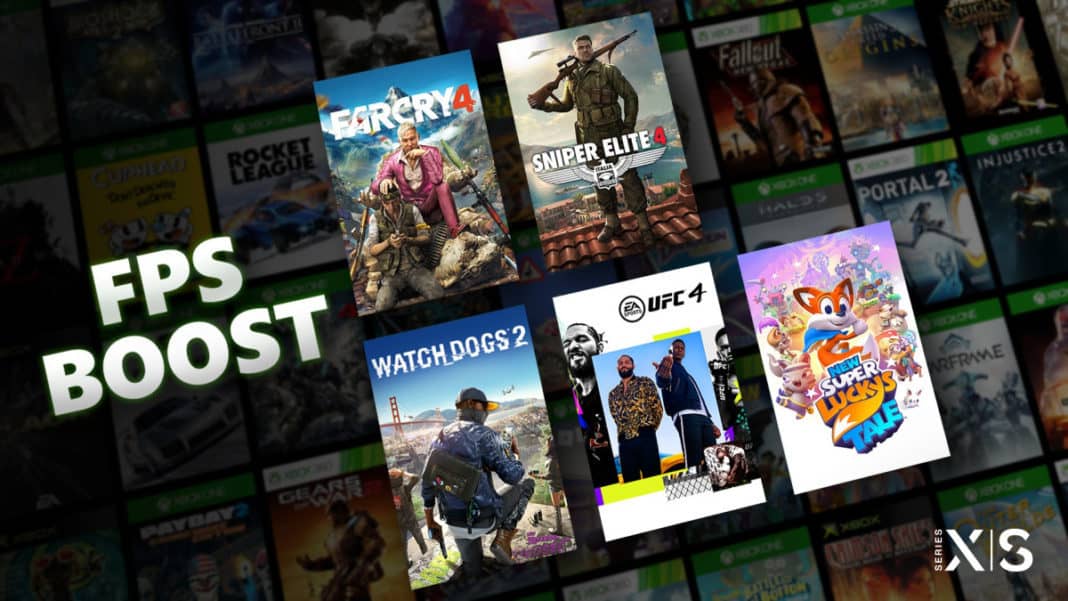 Microsoft has just made the Xbox Backward Compatible FPS Boost live. The software previously only supported Fallout 4 in 2020, but the program has now added 5 new titles with plans to add more titles with the passage of time.

The purpose of the program is to bring games from the Xbox One generation to the modern age by boosting them to 60FPS as the standard, and where possible to boost games to 120FPS!

While this sounds too good to be true, you can find proof of concept on Digital Foundry’s video.

Here are the supported games and their target framerates on the Xbox Series S / X.

You can see in the video that Microsoft has outdone themselves and providing an extra service to Xbox owners. This will give fans an opportunity to enjoy their backward compatible library in better performance and visuals.

Microsoft has plans of adding more games to the list and while they have started off with Xbox One games, we can hope that they do add games from the original Xbox and Xbox 360 as well to the library as there are a plethora of games that should get the same treatment.

The feature is still relatively new and will take time to amass a sizeable library of games to back it, the feature is worth exploring if any of the 5 games (6 if you include Fallout 4) are games you missed out on the previous generation of console.

The feature works remarkably well on the Xbox Series S and X, which means that you don’t even need the top-end hardware to take advantage of the boost.

Considering how 30 FPS was almost the standard on a lot of games, it would be good to see games in 60 FPS.

What games are you hoping to see achieve the 60 FPS or 120 FPS treatment in the future? Let us know your picks in the comments section below.