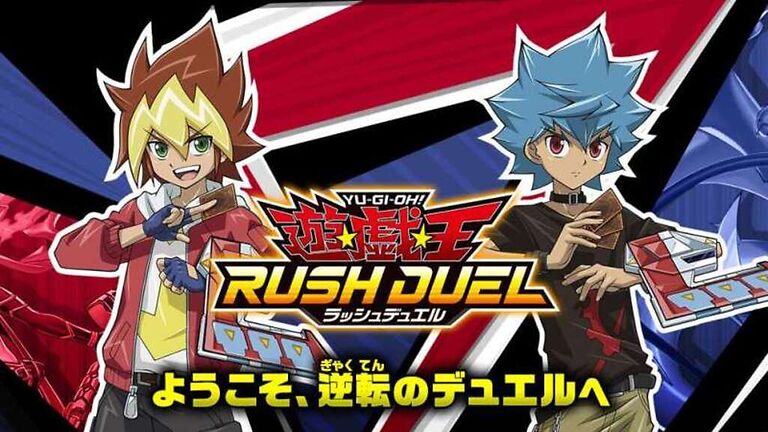 Before the likes of Hearthstone and Legends of Runeterra, Yu-Gi-Oh! was the king of card games. Not to mention, the games based on the show are really good too. Yu-Gi-Oh! is played in numerous ways, some of them with different card limits, and some are played in a different board style. Konami, the creators of the franchise, based the latest game called Rush Duel on the SEVENS! anime and was released in Japan last April 2020. And good news to the fans of the franchise, Yu-Gi-Oh! RUSH DUEL: Dawn of the Battle Royale will be available on the Nintendo Switch this December 7.

If you are not an avid follower of Yu-Gi-Oh news, then you are probably wondering how to play Rush Duel. It is intended to be a simplified version of the official card game to appeal to younger audiences. Still, Rush Duel retained some of the official rules like both players will be starting with 8000 Life points, four cards, and they should have 40-60 cards on their deck, respectively.

The difference is that Rush Duel doesn’t have a standby phase and main phase two. In addition, a player can also set or normal summon as many monsters he desires during his turn—which is probably the most interesting mechanic in Rush Duel. There are still a lot of rules out there, and it is viewable here.

Since Rush Duel is treated as a different game over the traditional one, it does not include the cards of Yu-Gi-Oh! Official Card Game. It will be a bummer for the fans of the franchise since they will not be able to play their original deck. Whether you are a veteran or not, Rush Duel will probably bring a fun and unique experience.

What do you think of Rush Duel? Leave your thoughts in the comment section below!