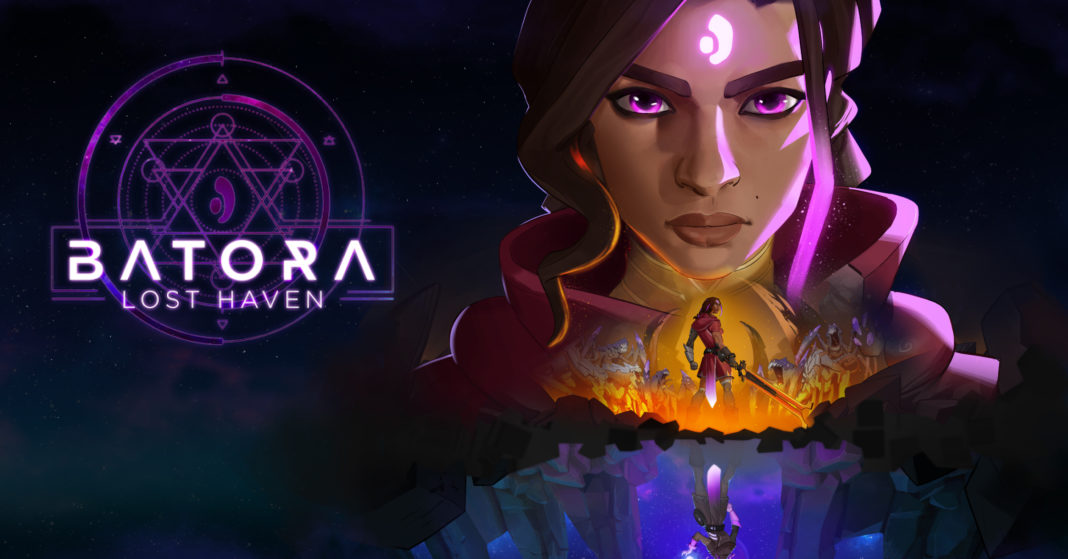 Batora: Lost Haven is an upcoming action-adventure game from Stormind Games and Team 17. It follows the trend of mixing several genres into a single game in hopes of hitting the sweet spot.

Does the game have what it takes to be the next big thing? Well, fortunately, I played the game and I am here to share with you my thoughts.

Let us talk about the game’s visuals first since it is obviously one of its strengths. The designers created the character models with great detail. There is enough distinction in both looks of Avril that screams a night and day difference yet, it still looks cohesive.

Her orange outfit, which is based on the sun, looks simple at first glance but, the minute details in her outfit such as the subtle glow make her pop. Meanwhile, her moon outfit is out of this world – well, literally and figuratively.

Moreover, the environment looks stunning as well. The color palette of the game is well thought out and it does not feel like an eye sore. It actually felt relaxing to look at and it made me want to play continuously.

Another strength of the game are the cut scenes. These are very well-made and even comparable to clips from larger games. The animation looks smooth and it felt like I was watching an anime from Netflix.

Batora: Lost Haven has a great sound design that is very immersive. The game is best played using headphones or earphones. You will feel the audio traveling from left to right since you can adjust the camera the way you want to. As you move the camera, zoom in or out, the audio responded too. The way they designed it will make you feel like you are inside the game itself.

Lastly, I am a fan of Avril’s voice acting and delivery. It is lively, positive, and witty enough to bring a smile to my face. The voice actress did a great job giving Avril’s voice justice.

As mentioned earlier, Batora: Lost Haven is a mix of different genres. It is an action-adventure RPG with hack-and-slash elements that make use of these mechanics mixed with twin-stick shooter features. It even has puzzles mixed with it.

The gameplay is easy to understand since there is a tutorial from the start. But once you get into the game, the controls felt sluggish. I used a mouse and keyboard to play, but it felt like it was designed for the controller. Use one if possible and I will definitely use one once the game is out.

To put it into perspective, moving Avril through the map can be done through the usual WASD. She can also move by dragging your right-click to the direction that you are heading.

However, the problem arises during cutscenes or when the tooltips show up. The screen prompt said that I need to press the spacebar yet it does nothing. I also tried clicking through the prompts but it does not work. To be fair, this is a preview build and the game is still in development.

Moving on, the controls are easy and clear. There are also indicators on the screen for the keybindings. This is helpful since the game has a lot of skills available that are spread out between physical and mental prowess.

Fighting enemies are familiar if you have played hack and slash games before. It does feel like Diablo-esque too so if you love Diablo, you might like the gameplay of Lost Haven as well.

Use the corresponding nature and you will deal more damage to the color-coded monsters.

Moreover, the bosses possess both colors too. It is up to you to think of ways to defeat the bosses quickly.

In addition to the usual button-smashing combat, there are available puzzles too. These puzzles are easy to understand but you will need to think a bit for a few moments. It gets a little bit harder as the game progresses though so brace mental strength for those puzzles. I won’t mention any spoilers to keep you excited but here is one tip – use your skills carefully.

Now let us talk about karma.

The way Avril can shape her path is through her karma. There are choices that you will have to make and the game will reward you accordingly. You may also customize your skills and abilities through karma.

I did not dive too much into the karma feature but it is definitely a huge part of the game and story once it gets fully developed.

Batora: Lost Haven has huge potential to be one of the best indie titles this year. The developers designed the game with great visuals, audio, and gameplay. It is the perfect recipe for a game that would attract different kinds of gamers.

The game will come out this late 2022. Get in on Steam, Nintendo Switch, Xbox, and the PlayStation.