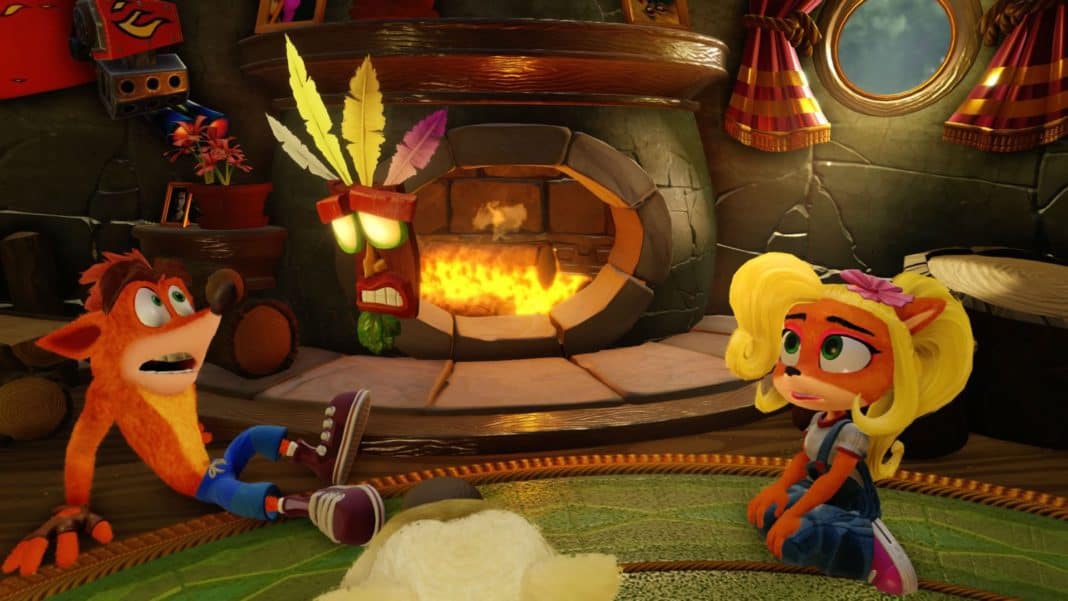 After the massive success of Crash Bandicoot in the current console generation, it seems that Activision has big plans for Crash. After releasing two critically and commercially successful titles across four different platforms, the Bandicoot could be headed for smoother teraflops. We might have gotten a first teaser of Crash Bandicoot for PS5 and the Xbox Series X, but it could potentially be a cross-gen title too.

Crash Bandicoot has had a few successful runs on the current generation consoles. After being a smash hit sale on the PS4, Xbox One, and the Nintendo Switch with 2019’s Crash Team Racing Nitro-Fueled, and 2017’s Crash Bandicoot N. Sane Trilogy for the PS4, Nintendo Switch, PC, and Xbox One. Activision has clearly seen that Crash was poised for an HD comeback, but that return could get stronger with the power of the upcoming 8th gen consoles. With more beefy hardware, one can only imagine the lengths the Bandicoot can reach.

In a cryptic tweet by Games Publisher Numskull games, they’re boasting about playing a Crash game that we can’t play.

The Hashtags imply that it could be a cross-gen title. Releasing simultaneously for the Xbox Series X, the PS5 and the current-gen consoles as well. While the aforementioned Crash Games were published by Activision, it seems that the giant will look to outsourcing the publishing to another publisher instead?

A bold move on their part, but perhaps with the dawn of the approaching console generation has them all hands on deck for bigger titles such as Destiny and Call of Duty for the next gen. For now, we don’t know any details on the upcoming Crash game, or whether it will switch developers once more. Crash Bandicoot N. Sane trilogy was developed by Vicarious Visions and Crash Team Racing Nitro-Fueled was developed by Beenox.

Whatever plans Activision has for Crash, we can only hope that the Crash for PS5 and Xbox Series X does indeed come to pass, as many fans are eager to see the return of the marsupial.

If you’re excited for the return of Crash, let us know in the comments section below!