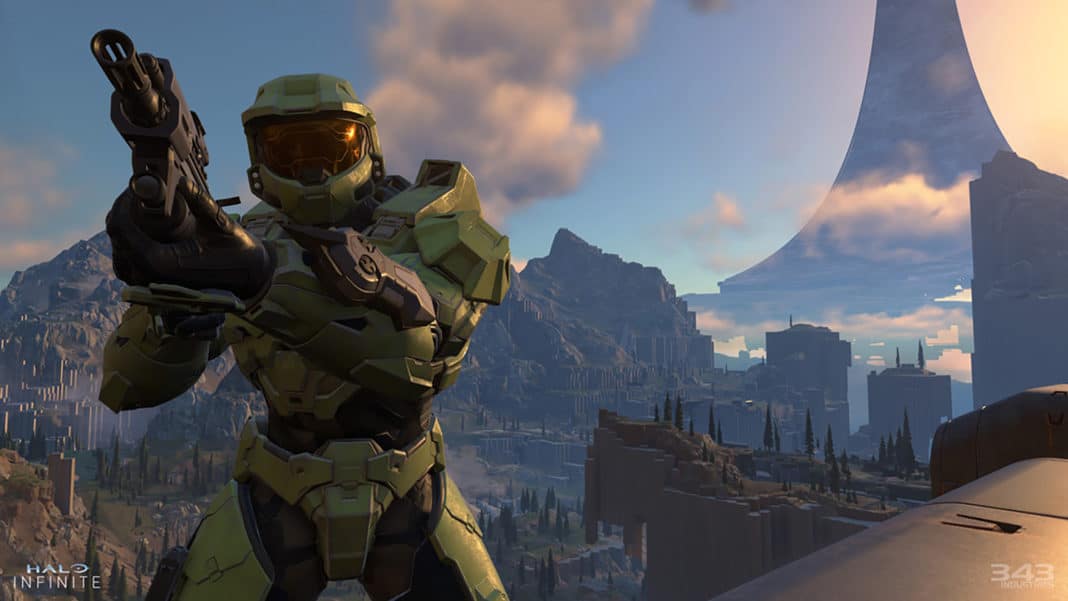 Halo Infinite was shown earlier today at the Xbox Games Showcase, and while the game had a mixed reception, fans were still pleased that they would return to the boots everyone’s favorite Spartan, John-117. The gameplay and graphics are mainly what divided the fans, but some new details have come to surface that shed some light on the demo.

To start with, Alanah Pearce, a renowned gaming journalist, shared that the Halo Infinite demo shown earlier today was indeed an older build. Taken from a YouTube video,

“But this is in-progress; they did say its an older demo”.

At the 16:40 mark in this video, Alanah asks Aaron Greenberg, the General Manager for Xbox Games Marketing at Microsoft, about the graphics, he says that the quality of the stream was to blame and that it should be watched with a fresh pair of eyes in 4K.

Many people have jumped the gun and already marked her comment as expressing that the build could be as early as January 2020, or close to it. Alanah doesn’t share how old the demo is, but the demo could be as young as a month old, and as old as the start of the year.

Alanah Pearce has a very good track record, especially when a few days ago, she did confirm a new Fable is being made, which was one of the closing announcements of today’s show.

Halo Infinite – coming back to the PC and then some

In addition, GameRant reported that the demo was running on a PC, but this PC shared similar specs to an Xbox Series X.

We already know that Halo Infinite is headed for the PC, and it also has a Holiday 2020 release date.

We also know that the Xbox Series X is also on track for a November 2020 release date. Thanks to Dina Bass with Bloomberg.

For now, we may have learned more about the console and the games shown with this conference than any other, but now we have to wait for official word from Microsoft regarding…everything.

As the console wars begin to pick up traction, the ball is now in Sony’s court to announce an August event, with July drawing to a close, and with them answering some burning questions.

What are your thoughts on all of this? Let us know in the comments section below!