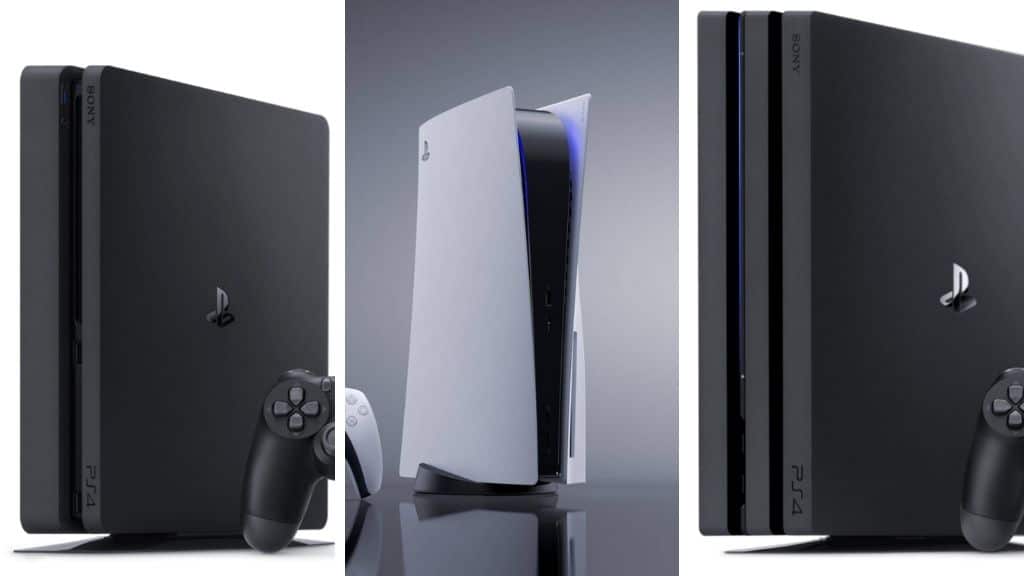 The PS5 was just released, and it isn’t even readily available in the market, yet we are already dreaming about how epic the PS6 would be. Hey, there is nothing wrong with looking towards the future and guesstimating the PlayStation 6 release date, after all, Sony is already doing this. The Japanese company has already trademarked PS6, and PS7 all the way up to PS10, so we are just taking one wishful thinking step here.

To be fair, it is going to be a long time before PS6 releases. We are talking about at least 5-6 more years of wait, but this won’t stop us from speculation. Of course, we only have the history and a few comments from Sony to go on right now, they just released their biggest console and would be focusing on it for the time being.

PS6 Release Date – When Is It Coming?

The PS5 was only released in November 2020, so it’s going to be a while till Sony even considers releasing the PS6. Usually, Sony consoles are released around six to seven years apart, and judging by the market trends, the same gap will be between PS5 and PS6.

These are all guesstimates, of course, the official release date is far from being disclosed. Sony usually tends to keep the consoles under wraps for as long as possible. We didn’t see any credible leaks about the PS5 until it was super close to being revealed by Sony itself.

We can safely assume the next PlayStation console will release around 2026 or at least during the holidays of 2027.

Sony has been proactive with its trademarks lately, the Japanese giant has filed trademarks for PS6, PS7, PS8, PS9, and PS10 in Japan. This might be a move to safeguard the console names for the future.

An interesting point to note here is that the company trademarked “PS” in 2000 while the console was released 6 years prior in 1994.

Similarly, there was a year-long gap between “PS3” being trademarked in 2005 and its release in 2006.

There isn’t a clear pattern here to make a prediction, however, all consoles might have a 7-year gap between releases. There will probably be Pro versions of the consoles mid-cycle as well.

Giving an interview with Game Informer, Masayasu Ito, Sony’s Executive VP of Hardware Engineering said, “Indeed, in the past, the cycle for a new platform was seven to 10 years, but in view of the very rapid development and evolution of technology, it’s really a six to seven-year platform cycle,”

He also added, “Then we cannot fully catch up with the rapid development of the technology, therefore our thinking is that as far as a platform is concerned for the PS5, it’s a cycle of maybe six to seven years.

It’s evident from his comments that Sony is looking to replicate the PS4’s lifecycle with the PlayStation 5 as well. This brings us to…

We can look forward to hardware revisions by Sony in a couple of years. Just like PS4 got the PS4 Slim and PS4 PRO, we can see Sony launching their counterparts for this generation as well.

The PS5 Slim would have the same hardware, just shrunken down into a smaller form factor. A lot of people aren’t happy with the relatively giant PS5, and we can see the company trying to win them over in 2 years or so.

The PS5 Pro would have a mid-cycle console hardware update. While the base PS5 did promise us 4K resolution gaming at 60 frames per second, the reality is a bit disappointing. The box even had 8K written on it, sure the console can output 8K video, but you won’t be playing any AAA games at that resolution. The PS5 Pro would try to at least give us a smoother experience with its updated internals.

The PS5 is an excellent console, however, there are certain things we wish to see improved or expanded upon. The PS5 already comes with much-needed critical improvements but technology moves fast and there are a couple of incredible technologies already being enjoyed by the PC community. Adding a few of those in the next console would bring it to a whole another level, technologies such as…

DLSS stands for Deep Learning Super Sampling. It basically renders frames at a lower resolution and then upscales them to look sharp using deep learning AI. For example, a game would render the frame at 1080p resolution and then upscale it to 4K. One might think that the AI scaled resolution wouldn’t look sharp enough, but surprisingly during our testing, we didn’t find that big of a difference. Actually, there is hardly any discernable difference from a normal viewing distance when compared side by side.

PlayStation usually goes with AMD SoCs and the PS5 is no different. Thankfully, AMD has their own version of this tech called FidelityFX Super Resolution (FSR) and it’s available on the PS5 as well. We haven’t seen it being implemented on games yet but that could change soon. We want PS6 to have excellent DLSS or FSR support right out of the gate and we want developers to take full advantage of it.

Ray Tracing is resource-hungry and can tank the framerates of even the beefiest of the PCs. The PS5 is capable of having ray tracing but it is either partially implemented, sacrifices frame rates, or reduces resolution.

The PS6 would be a powerhouse and should be able to handle excellent ray tracing effects without lowering the resolution or frame rates. Ray tracing at 4K and 60 frames per second is the dream here.

The PS5 offers 120 FPS gaming on select games. Games like Call of Duty can run at an increased rate of 120 frames per second but they achieve that by sacrificing resolution and graphical fidelity. The promise of 4K at 60 FPS in all games seems like a distant memory now, a promise made by the PS5 marketing itself.

While technically it is possible to achieve that on some games, even Sony’s first-party games aren’t hitting those frames at 4K resolution. Games like Returnal (excellent rogue-like) and Horizon Forbidden West (amazing action adventure with a beautiful open world) look phenomenal but don’t run at full 4K resolution and 60FPS.

We hope that the PS6 with its better TFLOPs performance would be able to not only hit higher frame rights but also at a better resolution. PC gamers have already moved to 240 Hz monitors and their mighty GPUs are hitting 240 FPS in competitive games like CS: Go and Rainbow 6: Siege. That is a clear advantage and should be widely available for console players as well.

Sony included support for Variable Refresh Rate in 2022, that’s a long time to wait for a critical new feature that was available on day one on the Xbox Series consoles. Thankfully, it is here and works great. The PS6 should get it on launch as well.

Cloud Gaming seems to be the future. it’s not here yet but in a few years, we can see the internet getting better and faster. The Xbox Game Pass Ultimate combined with XCloud gaming is already proving it to be a playable and enjoyable experience. Sony revamping their PS Plus service also indicates a shift towards cloud gaming, we’d love to see the service expand and prosper.

That being said, the PS6 could get a lighter and less costly cloud gaming only version. The PS6 Cloud, as it wouldn’t be called, should be an easy gaming access point for someone just looking to play games sporadically. Or if you don’t have the space or the money to spare for a large console, playing Sony’s excellent exclusives on the go would be great.

PS6: What Should It Do

Better UI Experience – Sony improved the UI for the PS5, but it still has a long way to go. The PS6 should at least make the PlayStation Store easier to browse on the console. While they improved upon the responsiveness of the UI, they left out customization from the interface altogether. You cannot set your own wallpapers, set themes, change icons, or even create folders on the PS5. PS6 should rectify all of these missteps and offer better UI with customization options.

PSVR2 is just around the corner and is promising to be one epic upgrade. The resolution bump alone is enough to excite any VR fan but Sony is going all in and including some industry-leading upgrades to their VR headset.

With the popularity of Meta and dedicated AAA VR-based games, we are sure that the PSVR2 will become the next big thing. Of course, we are looking forward to the 17th Elder Scrolls V” Skyrim release for PSVR2 as well. My personal wishlist has Half-Life: Alyx on the top, if Sony and Valve can make that happen, PSVR2 is going to be an essential purchase for any VR fan with a Sony console.

Before PS6 we might see PSVR2 getting bundled with PS5 or PS5 Pro down the road. Dedicated VR bundles with 2-3 top-of-the-line VR offerings would be a nice gift come Holidays. Horizon Call of the Mountain seems to be a big-budget Sony-style blockbuster title for PSVR2. The Studio Firesprite is already working on another Horror game, possibly a VR title as well. Bundle these two games with PSVR2 and a console and we have a winning combination.

There is a lot to look forward to as a PlayStation fan, God of War Ragnarok is releasing soon and PSVR2 seems to be a genuine update.

It will be a long while until we see Sony’s next console. So if you are holding out on getting yourself a PS5 in hope that the next generation will be here in a year or two, don’t. It is always fun to imagine where the gaming world would go, especially what technologies will shape the future. These days Ray Tracing and Unreal Engine are the talks of the town, who knows what new technical wizardry will be common when the PlayStation 6 releases.

By Bilawal Bashir
A software engineer that loves videogames, comics, and anime. But will never love pineapple pizza NEVER!
2 Comments