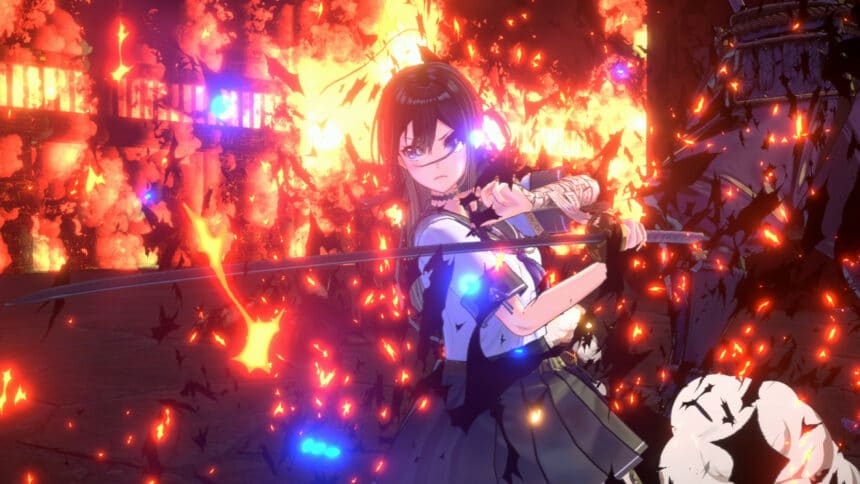 Samurai Maiden is an upcoming fast-paced action RPG from developer Shade and D3PUBLISHER. The game follows the story of Tsumugi Tamaori, who ends up in the Sengoku period. She has to fight off against Nobunaga Oda himself and his army of enraged corpses. The title has been confirmed for PC, PS4, and PS5 and is coming out in December. If you’re interested in the PC version, here are the Samurai Maiden System Requirements.

Despite the anime-styled visuals, Samurai Maiden does require some decent hardware if you’re looking to play at higher settings, you’ll need something like a GTX 1070 with 8 GB of VRAM paired with a Ryzen 5 3600. The GTX 1070 is still a capable 1080p GPU, and the Ryzen 5 3600 is actually one of the most popular mid-budget CPUs that can easily handle most modern PC releases.

If you’re fine with turning down a few settings, though, you can even play it on a GTX 1060 with just 3 GB of VRAM or something like an RX 580. Both of these GPUs are still super popular and make up a lot of the gaming percentage, according to Steam hardware surveys.

Apart from that, you only need 10 GB of free space to install the game and 16 GB of RAM. Windows 10 is the only OS mentioned in the requirements, so we’ll have to see if it works on older Windows versions at launch.

You can now add the game to your wishlist on Steam at the following link.

Samurai Maiden is coming to PC, Nintendo Switch, PS4, and PS5 on 8th December 2022. Make sure to read up on our pre-order bonus guide to see what you’ll get for an early purchase.

While you are here, check out the system requirements for other upcoming titles, including Marvel’s Midnight Suns, Need for Speed Unbound, and Evil West.

What do you think of the Samurai Maiden System Requirements? Are you excited about the upcoming game for PC? Share your thoughts in the comments below.